A step up for Errol Spence Jr. 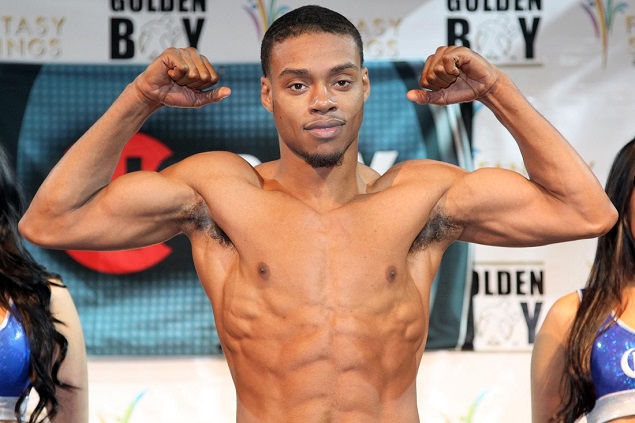 According to multiple sources welterweight Errol Spence Jr. will be taking on Chris Algieri at the Barclays Center in Brooklyn, NY, this April on NBC. This will be part of the Premier Boxing Champions series. Nothing is official yet however we are expecting an announcement soon.

Errol Spence Jr. has a record of 19W 0L with 16KOs. Spence is receiving rave reviews from many in the boxing industry. He seems like he is the total package fighter. From his great footwork & defense to his punch combinations and good chin. However we in the industry have seen this before with the likes of Berto and Ortiz. But Errol Spence Jr. seems different… special, like Pacquiao or Mayweather. You just see a difference in some fighters and he has that “difference”. Not truly tested yet Spence, will move in the right direction and have his moment to prove what we think we already know.

Chris Algieri’s rise in boxing come out of no where. He broke thru in his June 2014 HBO fight against Ruslan Provodinkov. Shocking most of us with a big upset. After that he took on one of boxing’s greatest, Manny Pacquiao, where he lost and was dropped 6 times in the fight. He then went on to fight Amir Khan, losing a competitivly. I and many thought he looked really good and if Algieri had any kind of power he may have knockout Khan. Algieri is no push over and comes into every fight in tremendous shape. This will be a test not just for Spence Jr, but also to see where Algieri’s future is going.

This is a good fight. Not just for both fighters but for the fans. This should be a entertaining competitive bout.