Fury and Klitschko will “battle” again in July 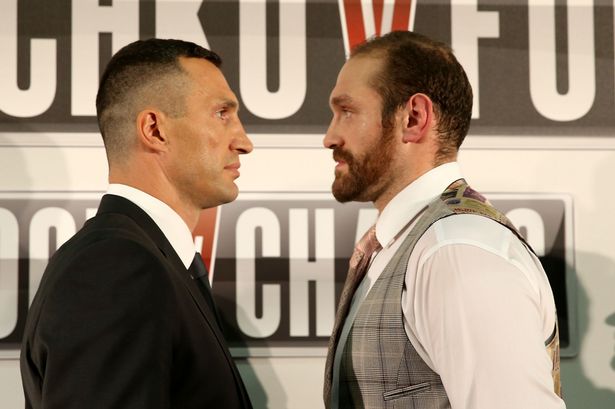 Tyson Fury, shook the boxing industry when he defeated the long reining champion Wladimir Klitschko, by UD with scores: judges: Cesar Ramos 112-115, Ramon Cerdan 111-116, Raul Caiz Sr 112-115. Klitschko had not been defeated since April 10th 2004 when he lost to Lamon Brewster, by a 5th RD TKO. Tyson Fury has never been defeated however he made his boxing debut in 2008.

In my opinion, no one really won that fight. If you break down the punching data you will see that there was an average of 12 punches thrown per round for both Fury and Klitschko. If you have one fighter who threw 5 punches and the other that threw 6… yea your going to have a winner. Can you really say that this was a competitive fight? Can you really say that Fury took the 11 years reining champion Wladimir Klitschko belts because he “DEFEATED” Klitschko? Yea.. but can you really say Klitschko was defeated. If you want to get technical sure there was a winner and a loser. And Tyson was the winner, end of story.

This July they will do “Battle” again and I don’t really see the second fight being any different. Maybe the punch output will be a bit higher but in the end it will be the same fight.

Boxing fans will be able to get their hands on tickets Wednesday April 27th.