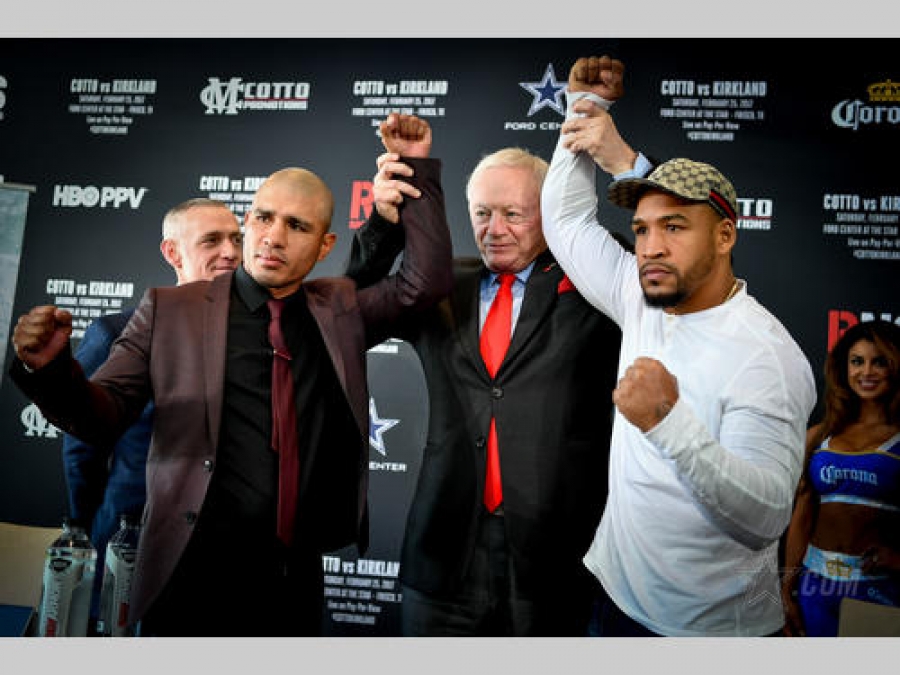 While bad news for those involved in the event, boxing fans - and perhaps even those tasked with funding the event - can breathe a sigh of relief as there is one less Pay-Per-View telecast to worry about in the first half of 2017.

The slew of a la carte programming was due to kick off with a catchweight headliner between former four-division world champion Miguel Cotto and veteran slugger James Kirkland on February 25 in Frisco, Texas. That event has now hit the scrap heap, with official word from Roc Nation Sports - Cotto's promoter - suggesting that Kirkland suffered a fractured nose as was forced to withdraw.

Concern over whether or not the show would happen first arose when neither boxer turned up for shoulder programming appointments. Kirkland (32-2, 28KOs) - who has not fought since a 3rd round knockout loss to Saul 'Canelo' Alvarez in May '15 - was a no-show for a scheduled photo shoot tied in to the event, raising questions among media members tracking the event's progress.

Suspicions were further raised when a film crew for a planned "24/7/: Cotto vs. Kirkland" segment came up empty-handed in attempting to obtain fresh footage of Cotto (40-5, 33KOs), who has been on the pine since losing his World middleweight championship to Alvarez in Nov. '15.

Efforts by FightNights.com to confirm whether the event will be rescheduled or if the planned undercard will be shifted to another event have so far come up empty.

An intriguing chief support had unbeaten Cuban stylist Guillermo Rigondeaux (17-0, 11KOs) defending his World super bantamweight crown versus interim titleholder Moises 'Chucky' Flores (25-0, 17KOs). It's a rare matchup for Rigondeaux where fans were generally eager to tune in, but will now have to find a new date. Unlike the main event - a catchweight bout free of title or future obligations - Rigondeaux-Flores was an ordered title fight by the World Boxing Association (WBA) as part of the sanctioning body's continued efforts to consolidate its number of titlists.

Rigondeaux holds the WBA "Super" 122 lb. crown, while Flores is the recognized interim titlist at the weight.

American cable giant HBO - who was due to produce and distribute the event - will now go dark until its March 11 edition of Boxing After Dark, topped by a middleweight crossroads bout between former titlist David Lemieux and murderous punching fringe contender Curtis Stevens.

Fans who've already bought tickets are entitled to a full refund. Any tickets that were purchased online or through mobile channels will receive an instant credit to the used method of payment. Those who secured tickets at the box office will receive a refund upon returning said items to the AT&T Stadium North Ticket Office, according to the official press release distributed by Roc Nation Sports and HBO.