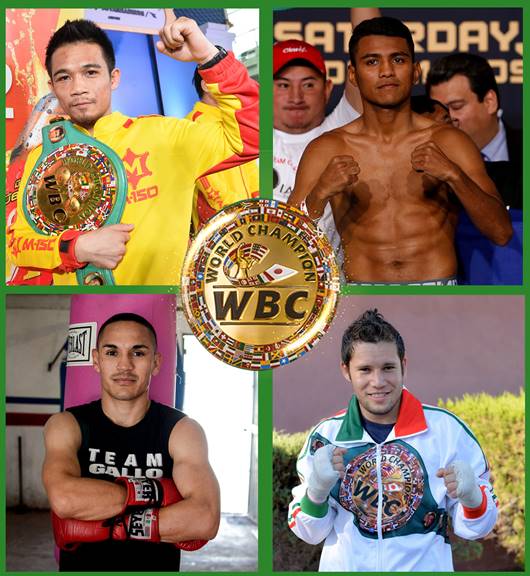 From the moment his hand was raised in victory, newly crowned super flyweight titlist Srisaket Sor Rungvisai knew his next fight would be against a past foe.

Those plans still remain true, but with a slight twist.

An announcement from the World Boxing Council (WBC) on Tuesday clarified that Sor Rungvisai has been ordered to enter a rematch with Roman 'Chocolatito' Gonzalez, the previously unbeaten champ and pound-for-pound king whom he narrowly outpointed to win the title March 18 at Madison Square Garden in New York City.

"The WBC received a request from Teiken Promotions and K2 Promotions to order a direct rematch between their fighter, Roman “Chocolatito” Gonzalez, and Srisaket Sor Rungvisai after their sensational fight on March 18, which was won by majority decision by Sor Rungvisai from Thailand," confirmed Mauricio Sulaiman, WBC president. "The WBC Board of Governors considers that due to the extraordinary fight, which was extremely close, and considering that the WBC championship rules regarding accidental head butts were not used, but most importantly, considering the public demand to witness once again a great match between these two great fighters, the WBC has granted the request by unanimous vote to order the rematch between Sor Rungvisai and Gonzalez."

The winner of the bout was originally due to face former titlist Carlos Cuadras, whom Gonzalez dethroned in their Fight of the Year-level slugfest between unbeaten boxers last September. Cuadras even appeared on the March 18 undercard in struggling to a points win over David Carmona in a supporting bout to Gennady Golovkin's decision victory over Daniel Jacobs in their middleweight consolidation bout in the evening's headliner.

With both Sor Rungvisai and Gonzalez placed under medical suspension due to the amount of punishment both absorbed, Cuadras - rather than wait on the sidelines - has been granted approval to enter an interim title fight versus former unified flyweight beltholder Juan Francisco Estrada.

"The winners of both fights – Srisaket vs. Gonzalez and Cuadras vs. Estrada – must fight each other next," confirmed Sulaiman.

Negotiations are due to begin shortly for both bouts, with dates and locations forthcoming.