Groves vs. Chudinov Added To May 27 Brook vs. Spence Bramall Lane Bill 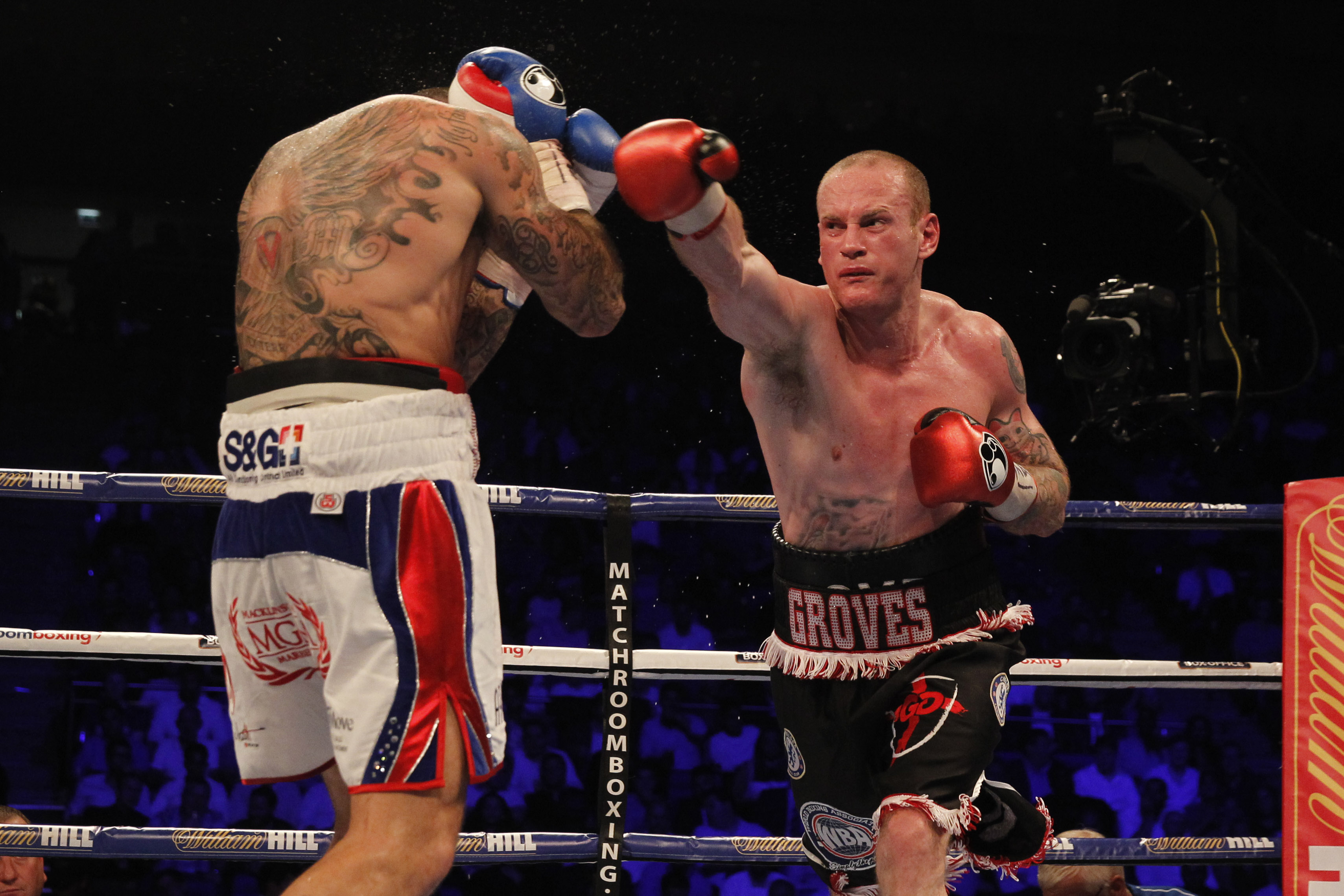 George Groves was both relieved and thrilled when he previously learned his upcoming super middleweight title fight showdown versus Fedor Chudinov was going to land in England.

Now that the bout has a confirmed home, the London-based contender has even more motivated to rise to the occasion.

The bout to fill a super middleweight title vacancy has been confirmed to take place May 27 at Bramall Lane Football Grounds in Sheffield, England. The clash will come in chief support to Kell Brook's attempted title defense versus unbeaten 2012 U.S. Olympian and top contender Errol Spence.

"I'm delighted to add another big World title fight to this show on May 27," said Eddie Hearn in a joint statement released through the press offices of Matchroom Boxing and Sauerland Event. "Since the Badou Jack defeat, George has worked his way back into position and is now on the verge of finally capturing that World title. It's a very hard fight against a very tough Chudinov and I expect it to be an all action affair.

"There will be 26,000 packed into Bramall Lane on May 27 and British fight fans can expect another epic night."

A purse bid was previously ordered between the two camps, but was called off once learned that a deal had been reached. At the time, all that was known was that the bout would be heading to England, but just a matter of finding the right fit for such a battle.

That answer has come, with three weeks to spare.

"We’re delighted to deliver George this World title fight on home soil and it’s great to be working with Sky and Matchroom Boxing on what will be a terrific double header with two World title fights at the highest level," said Nisse Sauerland, Groves' promoter. "George will face a tough test from Fedor Chudinov, who has proved dangerous away from home with victories over Felix Sturm and Frank Buglioni, but George is an elite level fighter who is only just reaching his prime, and we’re confident on May 27, he will realize his dream, and Britain will have a new World Champion."

Both bouts will air live on Sky Sports Box Office In the United Kingdom. Showtime will air Brook-Spence live, though it has yet to be decided if the American cable giant will pick up the rights to the recently added super middleweight bout as well.

Regardless, the fact that everything has now fallen into place gives Groves the extra mental push he seeks during training camp crunch time.

"It’s great to be back fighting on Sky Sports Box Office,'' said Groves (25-3, 18KOs). ''I’m excited to be challenging for the World title on May 27 at Bramall Lane. Last year was a good year for me. I feel that the work I’ve been doing behind the scenes with Shane has really started to pay off, and I’m in a great position to capture the WBA title and push on from there."

Groves comes in riding a four-fight win streak following a heartbreaking 12-round loss to then-super middleweight titlist Badou Jack, who now plans to compete as a light heavyweight. Of the four wins, none were bigger than his lopsided win over domestic rival Martin Murray last June, having since added to that a dominant points victory over Eduard Gutknecht last November.

The upcoming meet with Chudinov (14-1, 10KOs) will mark his fourth swing at alphabet glory. In addition to the loss to Jack in Sept. '14, Groves came up short in a pair of stoppage losses to bitter rival Carl Froch.

His upcoming opponent has title fight pedigree as well, in fact with a bit more success. Chudinov claimed an interim belt with a 2nd round knockout of previously unbeaten Ben McCullough in Dec. '14, parlaying that into a crack at full titlist Felix Sturm, whom he outpointed on the road in Germany in May '15. His lone successful defense took place on British soil, soundly outpointing Frank Buglioni in Sept. '15 before dropping a controversial decision to Sturm in their rematch last February. The title was declared vacant when Sturm failed a post-fight drug test, although the official result has yet to be changed to a No-Contest.

Regardless, it puts Chudinov back into position to reclaim his old title, although the domestic favorite in this matchup will certainly have something to say about that.

"Fedor Chudinov is a good fighter," acknowledges Groves. "He proved that against Felix Sturm, but I honestly believe that I will have too much for him. It has always been my dream to become World Champion, and now it’s my time and nothing will stand in my way."