Spence Knocks out Brook in a battle 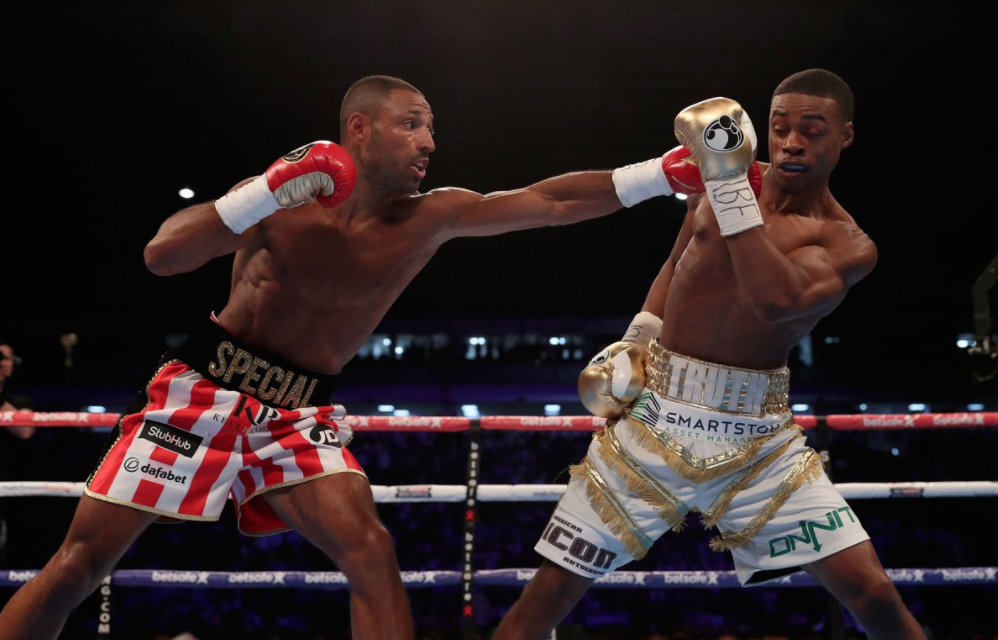 Undefeated Errol Spence, Jr. scored an eleventh round KO over Kell Brook in front of 27,000 UK boxing fans. The fight took place at on the outdoor Bramall Football Ground in Sheffield, Yorkshire, England. In an action packed fight, both fighters left is all in the ring trading counters and body punches. After ten exciting rounds Spence gained the IBF welterweight champion title.

In round one it started out as battle of the jabs. Brook was very effective with the lead right counters. Spence stayed back a bit evaluating the landscape. Not a lot of volume punches between both fighters. Round two Brook was touching the body a lot and using the counter. Spence started to walk down Brook but kept getting hit coming in as his defense was effective. Brook took round two as there was more action in the round. Spence starts round three very strong landing the jab and counter punching. The hook was finding its home as Spence was putting more pressure on Brook. The body punches from Brook were landing well and seemed like it was hurting Spence as he was not as aggressive. As the fight pressed on Spence was doing better with his defense and landing to the body. Brook’s lead right counters was making a BIG difference.

In the second half of the fight Brook was starting to land more and catching Spence with the counters. Spence was successful with counter combinations and there were a lot of close rounds. By the end of the 8th round the unofficial scores cards from Showtime has the fight a draw. This is where Spence had the best round of the fight as he really took the heat to Brook hurting him bad. At this point is was survival mode for Brook and the fight turned. Spence was touching Brook with hard punches and landing to the body. You could tell that Brook was getting a bit tired but showing a lot of heart and fighting back.

The 10th round was the best of the fight. Spence knocked down Brook as he got up and fought back hard. The 11th round contiuned the action with both fighters fighting hard. Spence was proving to much as Brook took a knee at 1:47 seconds holding his eye and could not continue.