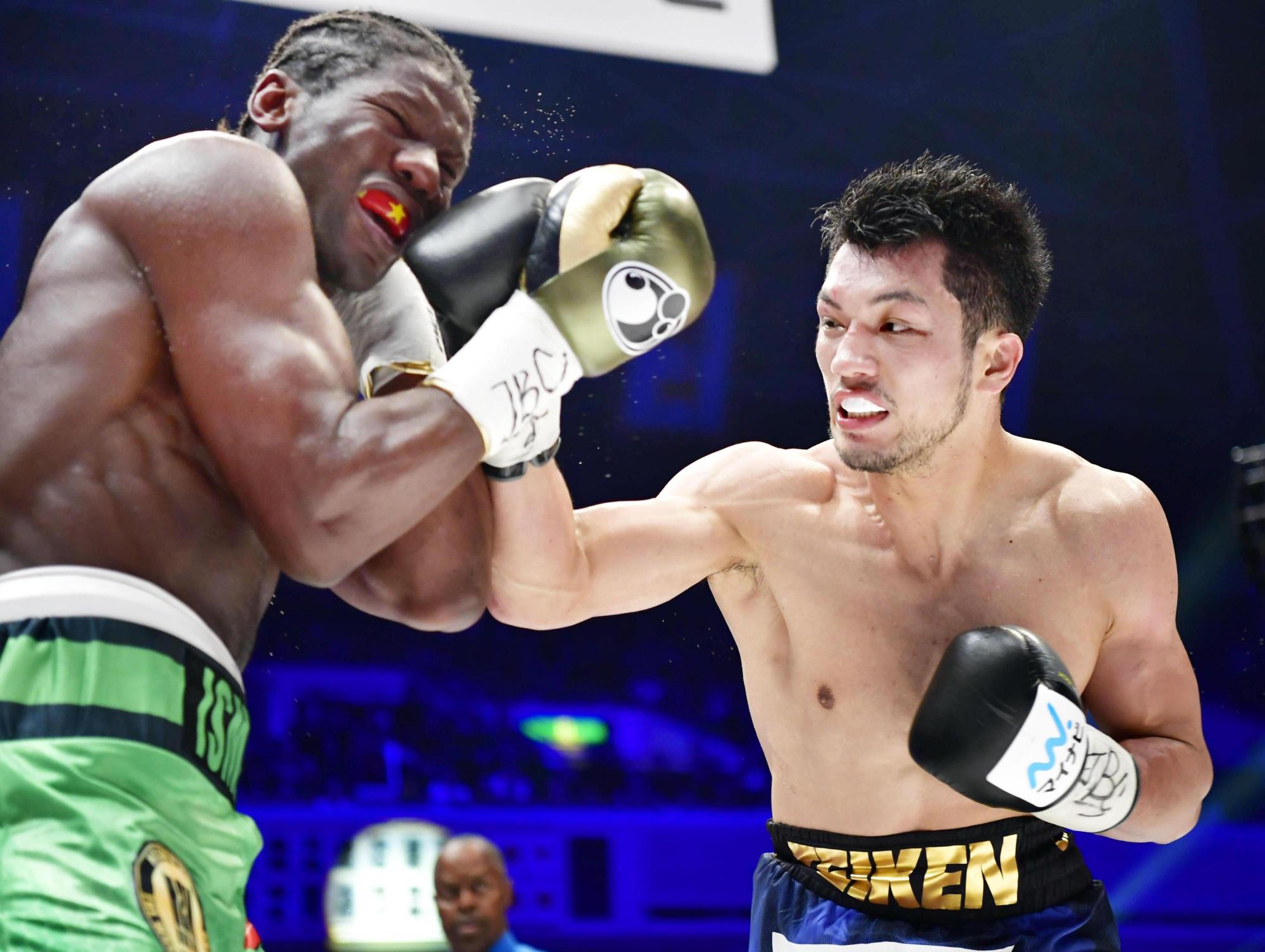 He came out on the wrong end of a controversial decision in May for a vacant secondary middleweight world title, but Ryota Murata got a second chance to prove who was the better man, and he left the judges out of the equation.

Murata dominated Hassan N’Dam from start to finish at Kokugikan in Tokyo on Saturday for an impressive seventh-round TKO to claim the WBA “regular” middleweight world title.

In their first encounter, Murata appeared to dominate N’Dam, and floored him with a right hand late in the fourth round. However, the former world champion was awarded a split decision win. While American judge Raul Caiz Sr. scored it 117-111 for Murata, Panama’s Gustavo Padilla scored the fight 116-111 for N’Dam, and Canada’s Hubert Earle had it 115-112 for N’Dam.

The decision caused so much outrage throughout the boxing world that WBA president Gilberto Mendoza announced that Padilla and Earle were not only suspended, but they would also have to pass a series of tests before being allowed to judge again.

With the victory, Murata (13-0, 10 KO’s), 31, a 2012 Japanese Olympic gold medalist, became the first middleweight champion from Japan since 1995 when Shinji Takehara defeated the legendary Argentine Jorge Castro on points.

Murata set the pace early, hurting N’Dam (36-3, 21 KO’s), 33, a Cameroon native fighting out of France, with a right to the body, and was connecting consistently with brutal left hooks to the body, and rights to the head.

By the fifth round N’Dam, who fought former world champion David Lemieux for the IBF title in 2015 and lost a unanimous decision, was moving around the ring with his mouth gaping open trying to catch his breath.

But Murata never let him out of his sights and cut the ring off. It was eventually too much for N’Dam, who took a royal beating in the seventh round.

He was hurt from a left hook to the body, and repeated rights to the head nearly sent him to the canvas. Referee Kenny Bayless had enough and waved off the action at the conclusion of the round.

“This victory was for everyone,” Murata told AP. “I’m not going to rest just because I won the belt. It was the same with the Olympics. Getting there was the easy part, moving forward after that is the difficult part.”