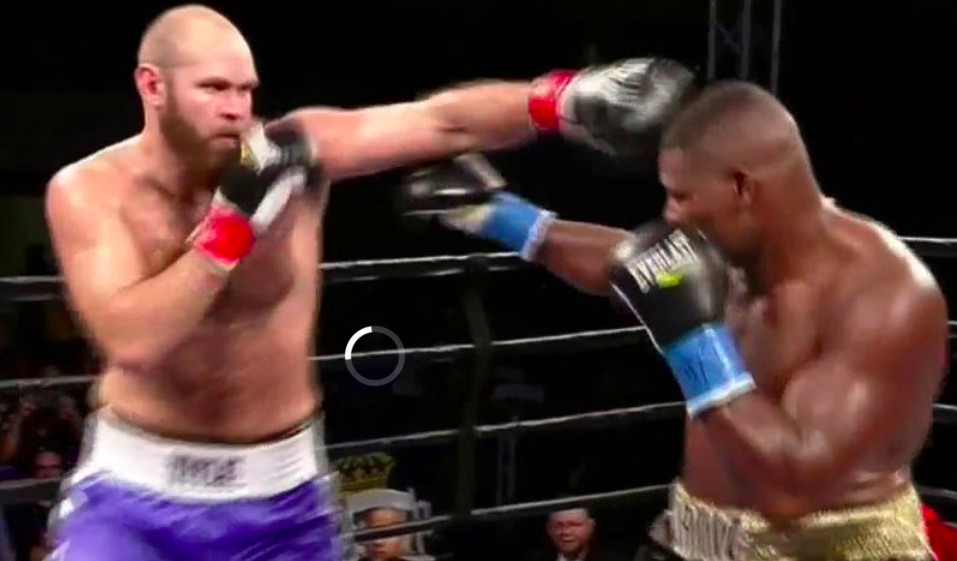 From the moment he was granted the opportunity to fight this weekend, Luis Ortiz knew he had to do everything in his power to make it an easy-yet-explosive night.

Once he learned that Deontay Wilder would be ringside, Ortiz knew that he had to take his performance to the next level.

Ortiz sought a knockout from the opening bell, but was at no point reckless in pursuit of such an outcome. The 38-year old contender from Miami by way of Cuba was tactical in his stalking of the 6'7" Martz, who—tried as he might—was woefully outgunned. A body shot late in round one forced the West Virginia heavyweight to drop to his knees, but was able to recover in time to beat the count and survive the frame.

It wasn't the case in round two, as Ortiz was no longer interested in getting in rounds. A left hand shot put Martz down and out, the shot immediately prompting referee Samuel Burgos to wave off the contest on the spot.

The official time was 0:38 of round two.

While ringside physicians tended to a woozy Martz, ringside photographers instead raced to a developing incident by the broadcast table. Ortiz made a point to lean out of the ring toward Wilder, the unbeaten heavyweight titlist who joined Ray Flores, former multiple-division champ Robert Guerrero and Jordan Hardy on the call for the fight. The two were supposed to clash in November, only for Ortiz to be pulled from the Brooklyn show after a drug testing snafu revealed in his system blood pressure medication he was prescribed and using but failed to disclose to Voluntary Anti-Doping Agency.

Wilder instead went on to face Bermane Stiverne, whom he outpointed to win his title in Jan. '15 but this time only needed one round to end the rematch. Ortiz was ringside for that encounter, but his presence went largely undetected by the unbeaten Alabama native.

There was no way that would happen again.

"My team and I went to that fight that should've been my title challenge, and they acted like we weren't even in the building," Ortiz (28-0, 23KOs) explained to FightNights.com. "So when I saw him here, I wanted to make sure to acknowledge it and to let him know in no uncertain terms that I want him next."

The win was Ortiz' first since a 7th round knockout of David Allen nearly one year ago in England.