We Go To The Scorecards 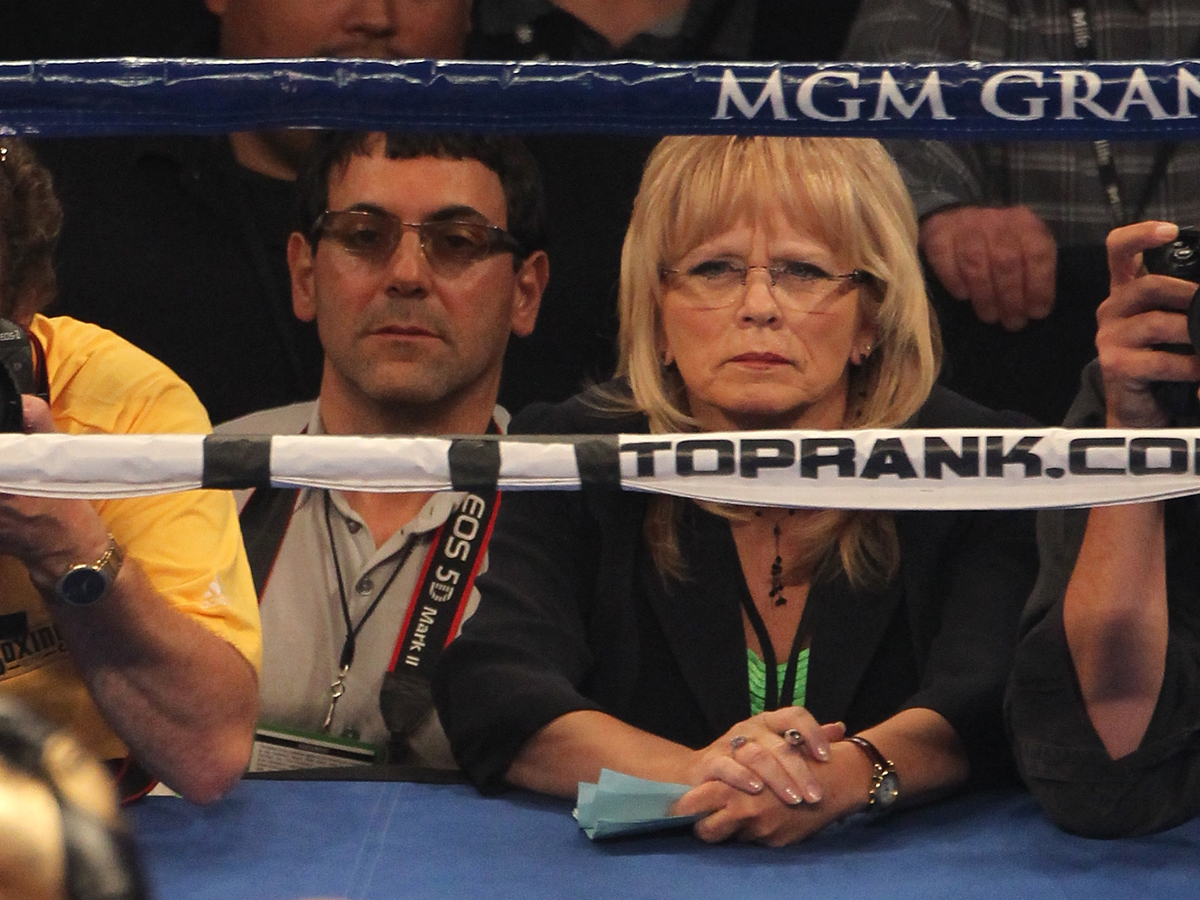 There’s no other sport in the world that utilizes the human element quite like boxing does.  To win, a boxer must either control his own destiny by knocking his opponent out or leave his fate in the hands of three human judges.  Boxing is subjective… and while there’s a beauty in a sport dominated by opinion, debate and passion… at times it can be frustrating.

Judges are to score fights based on clean punching, effective aggressiveness, ring generalship and defense.  Pretty basic concepts… but once again subjective.  There’s no exact science to judging a bout and most of the time they get it right.  It’s a part of boxing that we’ve grown accustomed to and bad decisions come with the territory.

Unfortunately, I’ve noticed a pattern in the last year that I feel needs to be addressed.  In the majority of marquee fights for the past year, one or two of the scorecards seems to be completely off compared to the other.   Now I’m not here to throw out conspiracy theories or suggest foul play… I am merely reporting on my observations.

When Saul “Canelo” Alvarez stepped into the squared circle with boxing’s king Floyd “Money” Mayweather in September of 2013… the world was watching.  The fight broke records, producing over 2 million pay-per-view buys resulting in the second most in boxing history.  Floyd dominated the fight and it could be argued that he won every single round… yet CJ Ross somehow scored the fight a draw, while the other judges and boxing experts saw the fight decisively in Mayweather’s favor.  I’ve watched this fight a number of times and even with eyes fixated on Canelo, I couldn’t come up with 4 rounds to give him.

The beginning of the pattern continued in 2014 as I witnessed one judge score Orlando Salido vs. Vasyl Lomachenko for Lomachenko with a 115-113 score, while it was ever apparent that Salido won the fight rather easily despite a late rally from Vasyl.  In Puerto Rico two weeks later, Danny Garcia won a tough and controversial victory over Mauricio Herrera that’s debated to this day.  Two of the cards favored Garcia with a 116-112 score which clashes with what boxing fans saw transpire in front of their eyes.  How a judge scored the Shumenov-Hopkins fight in favor of Shumenov may go down as one of the great mysteries of our world… but it happened as the pattern continued.

For the second time in less than a year, a Floyd “Money” Mayweather fight was subject to debate and controversy.  This time it was Burt Clements scoring of 117-111 for Floyd over Marcos Maidana that entered the discussion of dreadful.  To add to the obscurity, Clements scored three of the first four rounds for Mayweather… a time in the fight where most prognosticators of the sport saw Maidana in control.  Three weeks later, boxing fans witnessed a much better fight than they expected when Adonis “Superman” Stevenson struggled with Andrzej Fonfara… though you wouldn’t know by looking at the lopsided scorecards of 116-109 & (2) 115-110.

In one of the biggest upsets of the year, Chris Algieri climbed off the canvas in the first round to beat Ruslan Provodnikov by a somewhat debatable split decision.  The fight was close… very close due to the knockdowns Algieri sustained in the first round.  Yet somehow Max DeLuca scored the bout 117-109 for Ruslan Provodnikov while giving Provodnikov the last 5 rounds in a fight that saw Algieri dominate the second half of the fight.  Puzzling.  Judge Lisa Giampa’s scoring of a draw in the Vasyl Lomachenko-Gary Russell Jr. bout was equally baffling considering she scored the first four rounds for Russell Jr… another match that was considered to be dominated by one fighter.

This past Saturday, Erislandy Lara matched up with Golden Boy’s premier fighter Saul “Canelo” Alvarez.  It’s a bout that will be debated for a long time and justifiably so.  The fight proved to be the ultimate boxer vs. puncher in which one fighter used his movement and boxing to try and dethrone the aggressor.  This time the aggressor received the benefit of the doubt.  Canelo won a split decision in what most would call a close fight that could be scored for either fighter.  The fight had a very decisive flow that saw Lara control early, Canelo rise in the middle rounds and both fighters have their moments at the end.  Amidst the controversy and debate is the mind boggling scorecard of Levi Martinez that had Canelo Alvarez winning the fight 117-111, including eight rounds in a row (4-11).

Boxing is subjective… and we are always going to see bad decisions from time to time.  In most of these instances, the outcome is secondary.  Danny Garcia getting the nod over Mauricio Herrera may not be the correct decision in your eyes, but it’s debatable.  The scorecards in question are not.

It’s easy to throw theories against the wall as to why we’re seeing a pattern of bad scorecards.  In a sport that’s doing well but could be doing better, it’s important to protect its investments.  There’s no proof of foul play but common sense in a fight fan’s mind may think otherwise.  One could suggest a pattern in the fact that seven of the nine fights examined happen to be promoted by Golden Boy.  At the end of the day, I’m just a writer providing the world with a keen observation.  Boxing is subjective… as is judging… but when a major component of the sport finds itself outside the realm of subjectivity, it’s noticed… and can’t be debated.