Who is Egidijus Kavaliauskas? 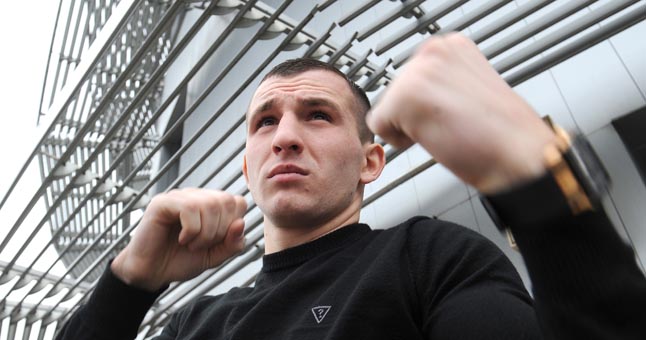 Egidijus Kavaliauskas, (9-0, 8 KOs), 26, is a 2008 & 2012 Olympian from Lithuania who had over 400 fights as an amateur. He's currently trained by Robert Garcia who believes he is one of the hardest hitting boxers coming up in the sport. He recently signed with Top Rank earlier this year and managed by Egis Klimas. He goes by the name, "The Mean Machine". Robert Garcia has called his style a blend of Ruslan Provodnikov and Gennady Golovkin. This past December he defeated Jaime Herrera by second round knockout.

He ruptured his right bicep in a training session and is recovering from the injury, he is expect to fight this Fall. For now, keep him on your radar because many believe Kavaliauskas will become must-watch boxing.