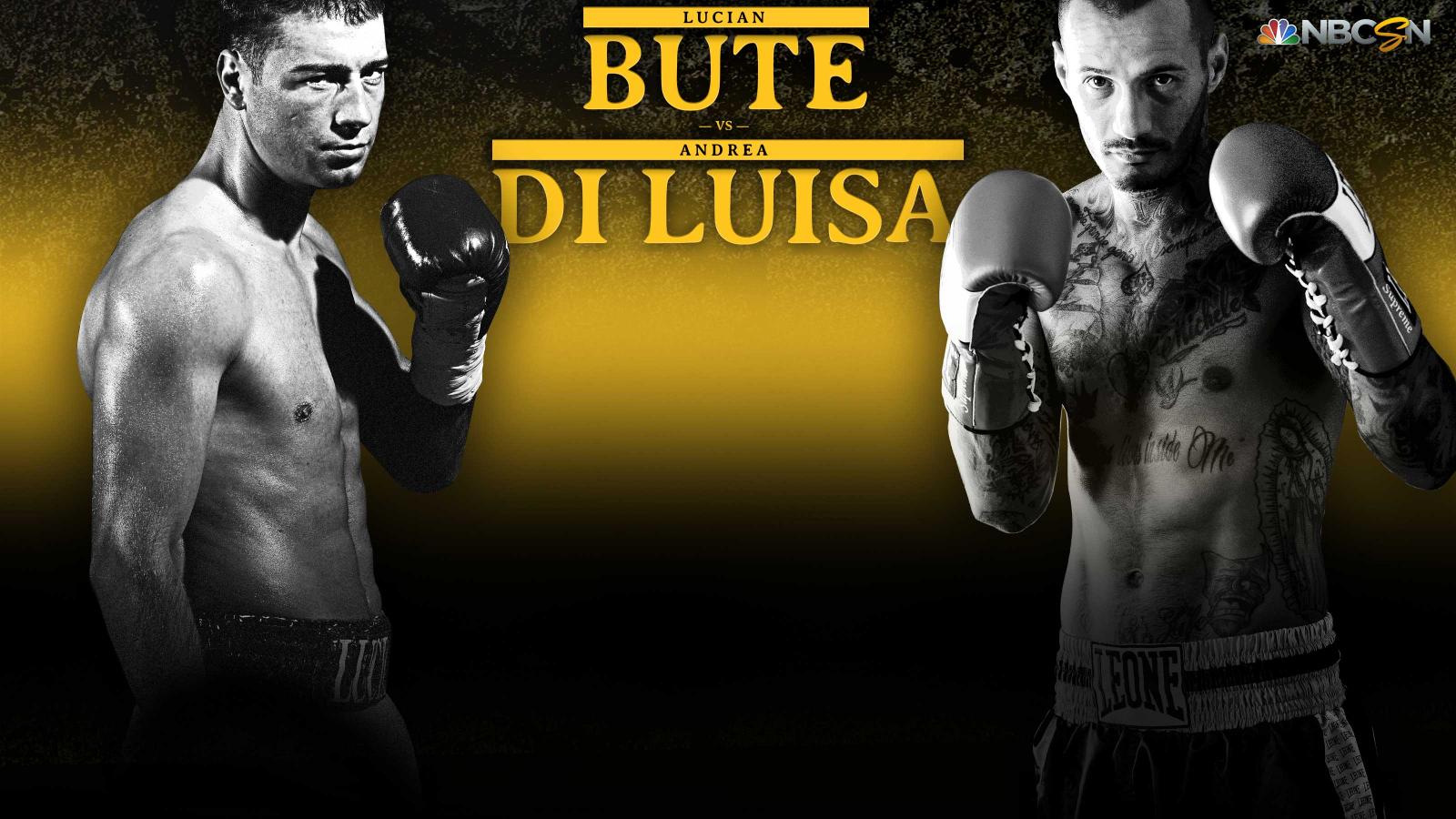 Lucian Bute has had some set backs recently in his career. In his past three fights he is 1 & 2. Coming off a lost to Jean Pascal back in January of 2014, where he lost by UD over twelve rounds, scores: judges: Pasquale Procopio 110-118, Jack Woodburn 111-117, Claude Paquette 112-116. Before that he won against Denis Grachev in 2012 and lost to Carl Froch the same year by a TKO in the 5th round.

Andrea Di Luisa has two loses against Mouhamed Ali Ndiaye & Christopher Rebrasse. He is coming off a four win streak. In his last fight he took on Roberto Cocco in Dec of last year wining by TKo in the 11th round.

Bute vs Di Luisa is a scheduled ten round bout.

Also on the card is Eleider Alvarez vs Isidro Ranoni Prieto in a schedule 12 bout of the undefeated 175-lb weightclass.