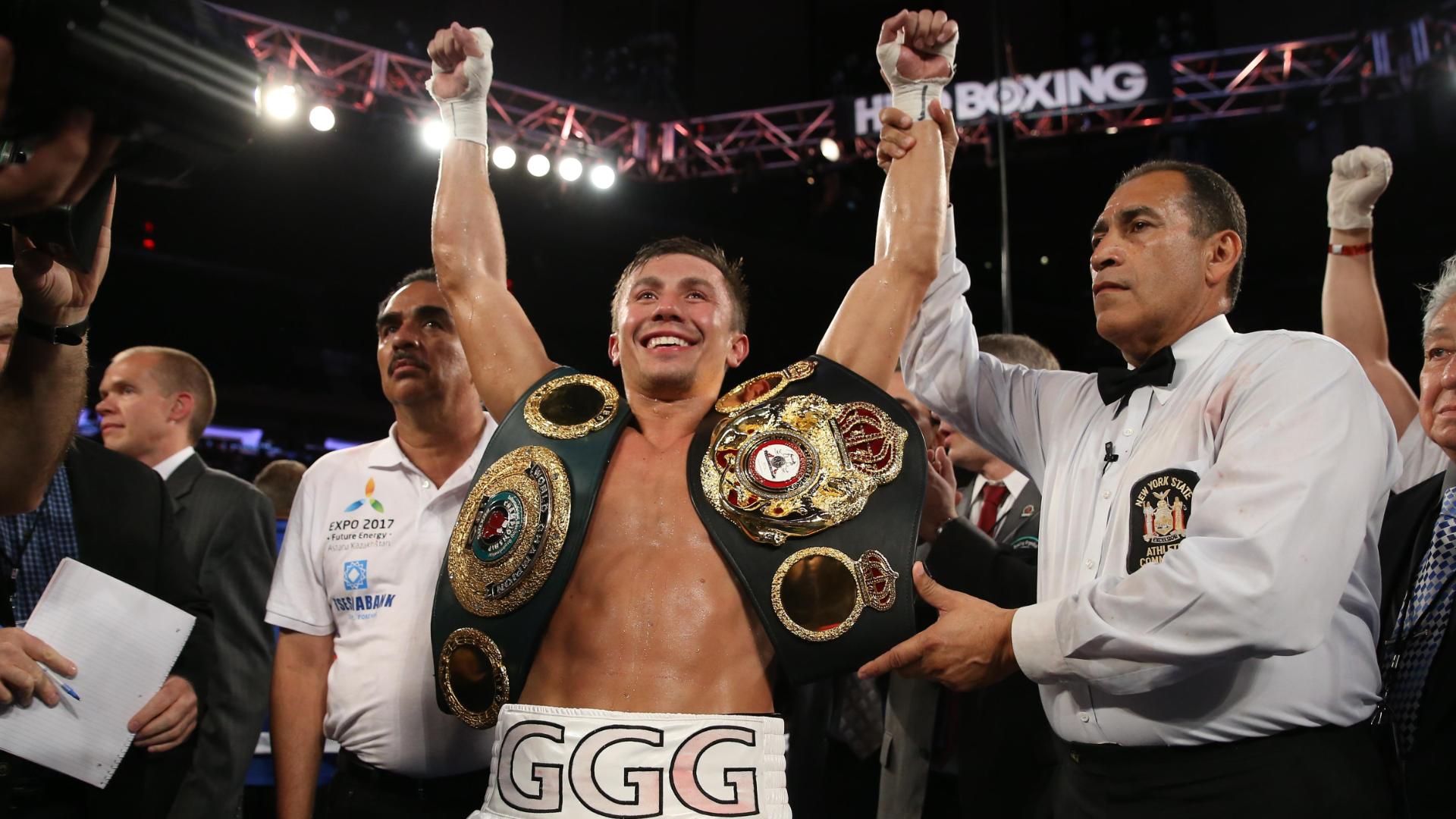 "Who is this G guy that everyone is talking about? GG something?"

As a known follower and writer of the sport of boxing that is often along the lines of questions I get when speaking to people that don't really follow the sport. Gennady Golovkin is his name I say. It’s a bit much for the tongue the first time hearing it. When I say GGG or triple G. The name catches easy. They love it.

For the past year I’ve come across people asking about Gennady Golovkin. I’ve even had a few “casual” boxing fans come over to watch him fight just to see what he is all about. And when I say casual I mean someone that only watches Floyd Mayweather or Manny Pacquiao fights. It’s almost like they are searching for someone to watch in boxing that isn’t Mayweather of Pacquiao.

People are intrigued by this new Golovkin fighter that they are hearing so much about. I like to call Floyd Mayweather's retirement temporary. He'll be back. Though, in his absence someone is going to have to draw the casual fans to tune into a PPV boxing event. When I think of who will be the new face of boxing two names come to mind. Saul Canelo Alvarez and Gennady Golovkin. While Canelo’s fan base is huge, especially among the Mexicans, it’s Gennady Golovkin that I believe can have the biggest impact on the sport outside of its die-hard fans.

The question of “who is this Golovkin guy” by people that don’t follow boxing says a lot. They are interested. It’s takes a certain someone to be able to headline a PPV. Floyd Mayweather did it with personality, Mike Tyson and Manny Pacquiao with knockouts, and Oscar De La Hoya with a bit of personality, exciting fights, and knockouts. I truly believe Gennady Golovkin has the potential to be any of the four above when it comes to selling fights.

When people ask about him the best way I describe him as a modern day Mike Tyson in the middleweight division. I see eyes widen when I say it. Mike Tyson was a phenom. Comparing a fighter to him will intrigue almost any person. I can see they are sold already. I tell them he has a very aggressive style, he knocks out everybody, and he’s fun to watch no matter whom he’s fighting. When I finally talk to someone who has watched one of his fights they say they absolutely love him. But it’s not just the knockouts they like. They like the way he looks, talks, and acts. He brings something more than just knockouts. His personality clicks with people. After all, Sergey Kovalev knocks people out, and he has built up a far better resume in his division than Golovkin has. Yet, it’s still Golovkin that the people are selling out venue’s to get a sight of. To be a PPV star people have to click with you on not just wanting to watch your fights and knockouts, but on a personal level as well. When comparing the two next potential PPV stars, Canelo and GGG, that’s the one thing I think Golovkin has over Canelo right now. Golovkin is easy to like. He’s easy to connect with.

On October 17th Gennady Golovkin will headline his first PPV event against the second hardest puncher in his division, David Lemieux. The event sold out Madison Square Garden with over 17,000 tickets being sold. One could argue that Lemieux is the hardest puncher from 154-168. For Golovkin it’s a big test in both his opponent and how well he’s going to sell his first PPV event. It’s safe to say the Golovkin probably isn’t hitting one million PPV buys for his first event. The opponent isn’t well known outside of hardcore boxing fans. What I do expect is the start of building him up as a PPV star. After all, Mayweather’s first PPV only did around 350K buys. Once he got that big fight with Oscar De La Hoya the sky became the limit for him.

Golovkin is riding that same boat. Should he beat Lemieux on October 17th he will put himself in line to face the Cotto-Canelo winner. Whether it’s Cotto or Canelo that comes out victorious, Golovkin is poised to be in a mega PPV event next year that would propel him the way De La Hoya propelled Mayweather to stardom. All GGG has to do is keep winning, keep bringing exciting fights, and keep the knockouts rolling.