Heavyweight Title Fight on Network TV for First Time Since 1985 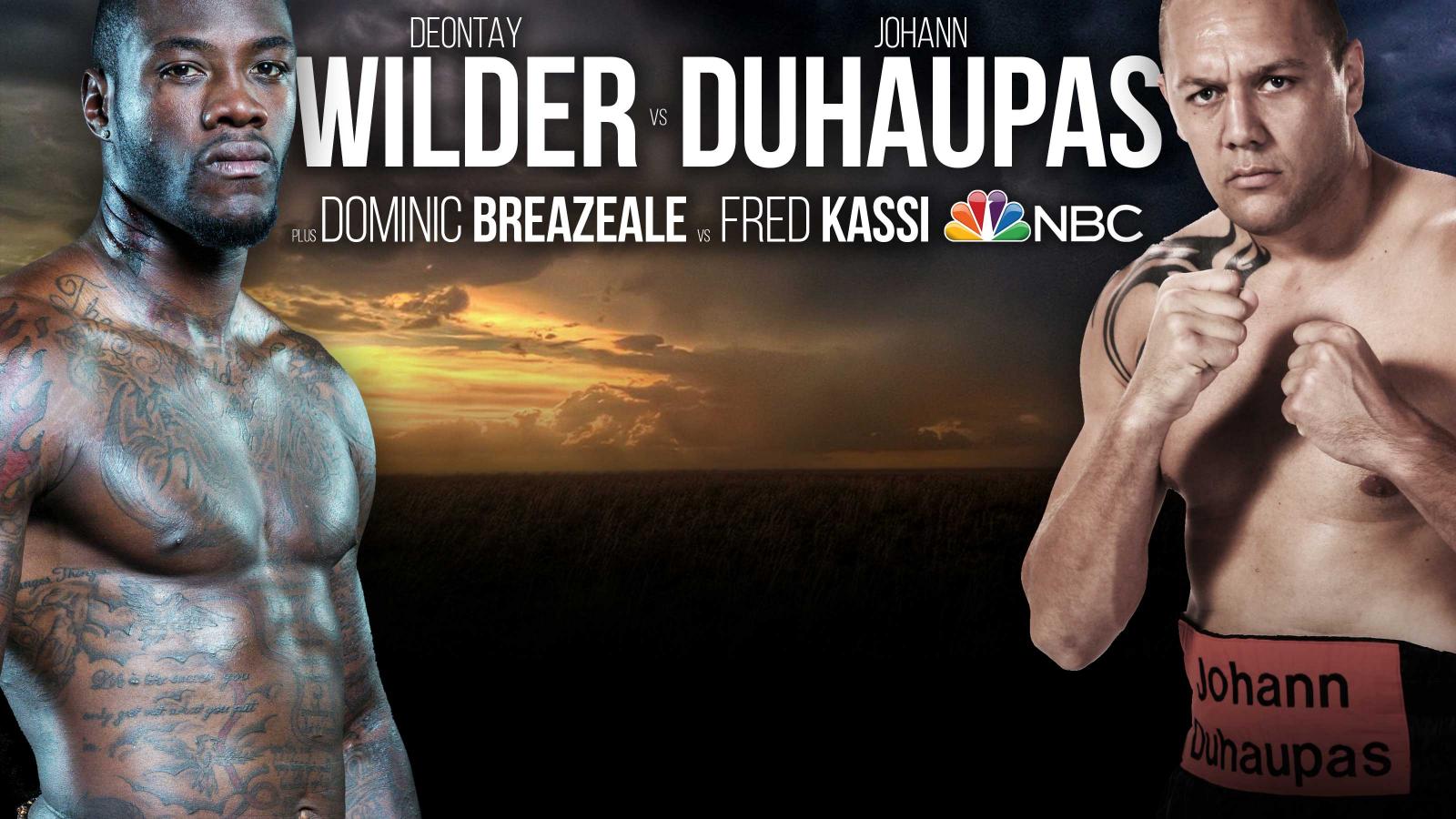 WBC heavyweight champion Deontay “Bronze Bomber” Wilder (34-0, 33 KOs) is ready to make his second defense of his championship title on Saturday at Legacy Arena in Birmingham. His opponent, 34-year-old Johann Duhaupas (32-2, 20 KOs). The fight will air on NBC as part of the Premier Boxing Championships series, telecast beginning at 8:30 p.m. ET.

This will be the first heavyweight title fight to be aired free on TV since Larry Holmes defended his WBC belt with by unanimous decision over Carl Williams on May 20, 1985, in Reno, Nev., which was also televised by NBC.

6’7” Wilder has a 97% knockout ratio. He has only gone the distance once in his boxing career against Bermane Stiverne in Jan. 2015. In his last fight this past June he knocked out Eric Molina. “I definitely have to win this fight by knockout. I want to get him his first knockout. That’s for sure,” Deontay said.

6’5”, 250lb Duhaupas has the size and reach advantage to make thing hard for Wilder. He sports a 59% knockout ratio. He is coming off a lackluster win against Manuel Charr and a UD lost to Erkan Teper. We don’t know much about him, 34-year-old Frenchman, who is ranked 12th by the WBC.