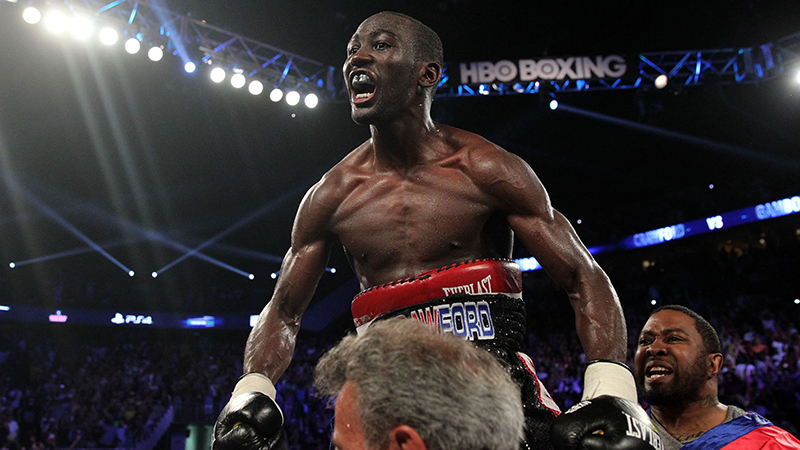 Terence Crawford, one of the fastest rising stars in boxing, is scheduled to fight Henry Lundy Feb 27th @ Madison Square Garden, New York, New York on HBO boxing. The bout is scheduled for 12 rounds of boxing for the WBO World super lightweight title.

Terence Crawford is currently undefeated with a record of 27W 0L 0D and 19KOs with a 70% knockout ratio. In his last bout he defeated Dierry Jean by a TKO in round 10. Jean was down in rounds one, nine, and 10. Crawford has an impressive resume defeating fighters Thomas Dulorme, Raymundo Beltran, Yuriorkis Gamboa and Ricky Burns to name a few. Born in Omaha, Nebraska, USA where he likes to fightat CenturyLink Center in his home town is now ready to take center stage in one of the biggest boxing venues in history, Madison Square Garden.

His opponent Henry Lundy, has a record of 26W 5L 1D and 13 KOs with a 41% knockout ratio does not seem like the most threatening of opposition. Lundy is coming off a TKO 5th round stoppage over Carlos Winston Velasquez this past Oct. Lundy lost two bouts before the Velasquez fight to Mauricio Herrera and Thomas Dulorme.

Terence Crawford wants a big fight in 2016. He is hoping that if he wins big it will draw the attention of Manny Pacquiao. However Pacman has stated that his fight against Bradley will be his last. There are other options for Crawford like Lucas Matthysse, Viktor Postol & Mauricio Hererra. 2016 should be a great year for Crawford if he can set up the big fights.