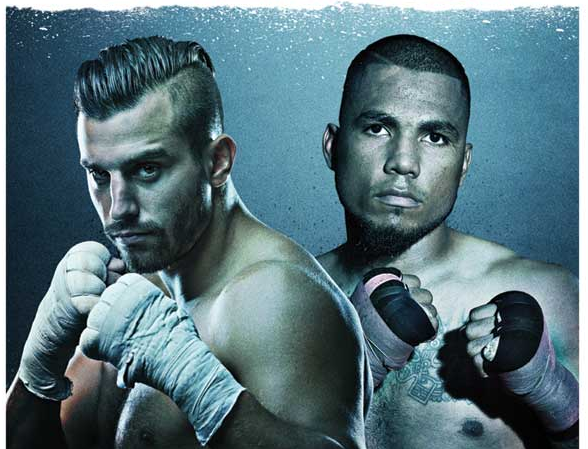 This should be a good interesting fight as both boxers like to really mix things up in the ring. Its one of those don’t blink fights because anyone can get dropped in a moment. Both fighters are coming off of knockout losses in their last fights.

David Lemieux is coming off a lost to one of boxing most dangerous fighters Gennady Golovkin. Lemieux was stopped by a 8 round TKO this past October at Madison Square Garden, New York, New York, USA. Lemieux was down once in round five during the fight. He has two other loses on his resume again Marco Antonio Rubio & Joachim Alcine, back in 2011. Since those loses He rebuilt an impressive resume up to his last fight against Triple G. Lemieux is no push over, he likes to brawl and stand in the pocket. His 84% knockout ratio is a testament to his power and brawling style.

James De la Rosa has not fight since Dec 2014, when he lost to Hugo Centeno Jr, by a 5th round KO. While De la Rosa is not as big of a puncher as Lemieux with only a 50% KO ratio he does like to exchange the leather. He has one notable win against Alfredo Angulo, back in September of 2014. He dropped Angulo once in round two and won the fight by a 10round UD.

Lemieux should not have any problems taking out James De la Rosa. He is the bigger puncher. De la Rosa has some ring rust that will come into play. This is a cross roads fight where the loser could be a downward spin to ending his career.

The co-main event we will see Steven Butler vs Sladjan Janjanin in a 10 round Super Welterweight bout. The fight is being promoted by Eye of the Tiger Management & Golden Boy Promotions.