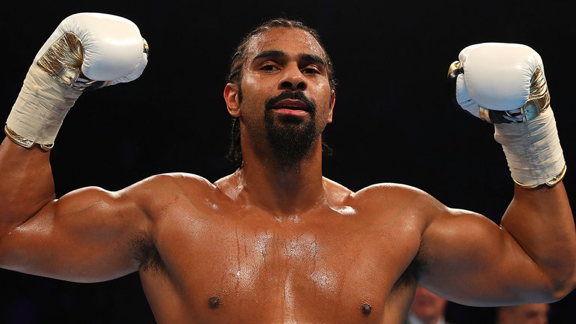 Despite many opinions to the contrary, David Haye still claims he is the best heavyweight boxeron the planet as he continues to chase and irk the biggest names in the division.

‘The Hayemaker’ has come back from a three and a half year sabbatical to take down Mark de Mori and Arnold Gjergjaj in quick succession. Since returning, Haye has made it plainly obvious that he plans to face off against IBF World Heavyweight Champion Anthony Joshua as soon as he possibly can.

Haye is currently eighth in broadcaster SkySport’s heavyweight rankings and blames his inactivity combined with fights against lower ranked opponents for his supposedly inappropriate ranking. Haye was also quick to dissect the rankings which see Tyson Fury ranked at the top with Wladimir Klitschko, Wilder, Povetkin, Anthony Joshua, Ortiz and Stiverne ranked higher than Haye.

He claimed he believes himself to be the best but acknowledged Fury’s victory over Klitschko remembering Klitschko beat him. He went on to point out Wilder is unbeaten in 37 fights, Povetkin has only lost to Klitschko and Ortiz also remains unbeaten. Haye was bullish over Stiverne’s ranking stating “I’m not really sure why Bermane Stiverne is there. He got beaten by Wilder in pretty much every single round”. He went on to say he doesn’t overly rate Stiverne as a boxer.

Haye identified Great Britain’s Anthony Joshua as his number one target stating the longer he is in boxing for, the better he will become and he fully expects Joshua to become an incredibly well seasoned competitor very soon. That was where the bulk of Haye’s praise for Joshua concluded as he went on to say: “I have a certain skill set that I believe would trump Joshua. He’s got the size and strength – I’m sure he could deadlift me. He’s a tremendous athlete. He could probably beat me in a 100m but this is boxing”.

Though it may sound as if Haye has nothing but nice words to say of Joshua, in fact he is implying the IBF World Heavyweight Champion would be better suited to athletics than boxing in his opinion. Quite an unpleasant attitude considering Joshua’s incredible record: 17 wins, 17 KOs, 0 Losses which far outstrips Haye’s (W26, L2, KO26).

Haye went on to cite his experience as a possible advantage should he face Joshua: “I’ve been boxing since the age of 10 and I’ve got the experience to outmanoeuvre someone who’s bigger than me. I’ve done it in the past”. A bold statement but Haye has never been known to be a shrinking violet when talking about himself.

He concluded his assault on the rankings by discussing Joshua’s impressive 100% knockout ratio and his Olympic Gold success as an amateur. It is clear Haye has every intention of giving Joshua a good fight for his title but the fight betting tips suggest Joshua is by far the favourite at 8/11 with Paddy Power, Haye is 11/10.