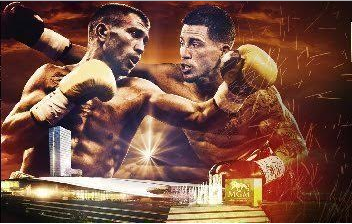 Lomachenko comes into the fight at (7-1, 5 KOs), marking his 2017 debut. We last saw Lomachenko in his first defense of the WBO junior lightweight title dominating Nicholas Walters. Lomo, fought twice in 2016 and the boxing community is hoping to see him more in 2017.

Sosa (20-1-4, 15 KOs), is on a 5 year 20-bout unbeaten streak including 14 knockout victories back to 2011. He won the WBA super featherweight world title last June 24th, 2016 in Beijing against Javier Fortuna. Then he went on to defend the title last Nov. 19th against Stephen Smith, winning a unanimous decision.

Vasyl Lomachenko, "I would like to thank Jason Sosa, who unlike the other champions, agreed to take this fight to determine the best in this weight division, even though everyone knows I am the division's Papi,"

"I don't know why this fight is happening. All of the boxing experts tell me Jason Sosa won't win one second of any round and who am I to quibble with experts. They are probably the same experts who picked Hillary Clinton over Donald Trump," said Hall of Fame co-promoter Russell Peltz.