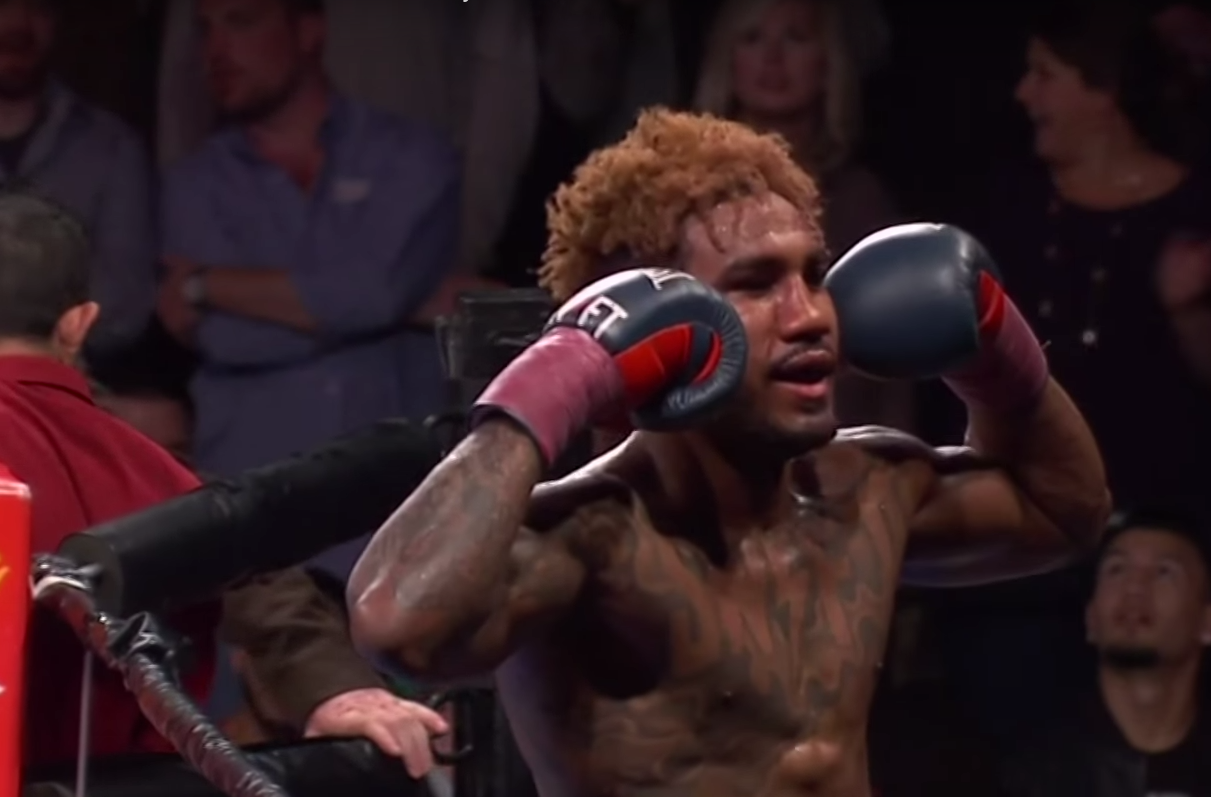 Jarrett Hurd (20-0, 14 KO) defeated Tony Harrison (24-2, 20 KO), Saturday night at the Legacy Arena in Birmingham, Alabama, to win the IBF junior middleweight belt. The bout was the co-feature on the Premier Boxing Champions card headlined by the Deontay Wilder-Gerald Washington heavyweight world title fight. Hurd landed a right hand that ended the fight in the 9th round scoring a knockdown when the ref wave off the bout at 2:24.

This makes Hurd a top player now in a loaded weight division with a lot of upcoming prospects.

The fight was suppose to be a junior middleweight eliminator until IBF champion Jermall Charlo vacated the title to move up to middleweight. This changed the bout from a eliminator to a title fight.

“It feels great to be a champion. I’ve never had a feeling this great before. It’s pure Accokeek power,” Hurd said. “I can finally pull my pants up now. My pants were falling down, but I finally got my belt.”