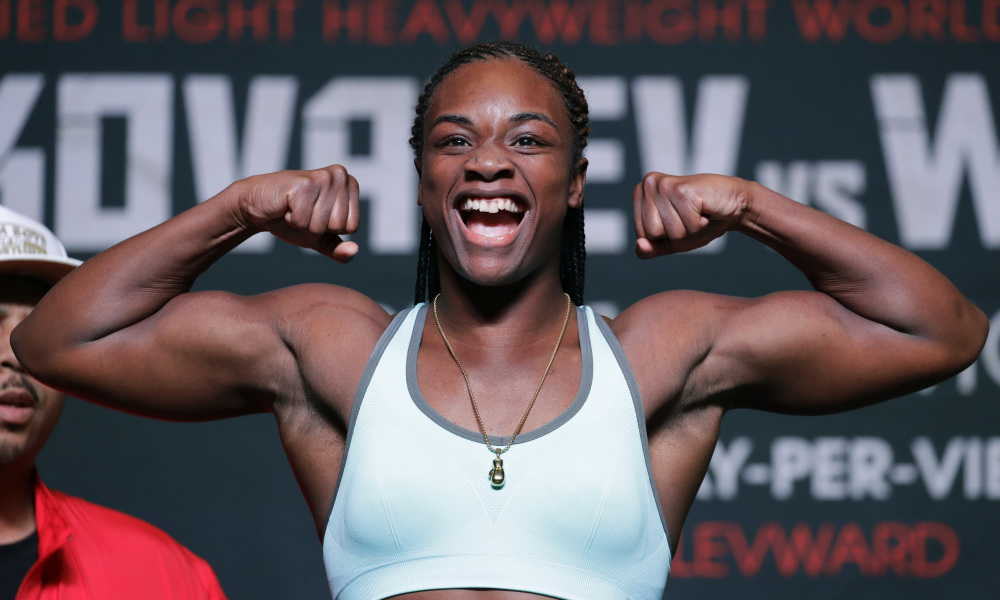 Two-time Olympic gold medalist Claressa Shields will make more history when she becomes the first female professional boxer to headline an major boxing event. Shields is set to face Hungary’s, Szilvia “Sunset” Szabados (15-8, 6 KOs) on ShoBox: The New Generation, in a six-round bout for the NABF middleweight title The card will be in her homes state of Michigan, at the MGM Grand in Detroit. The bout will be the main event starting at 10pm ET.

This is not her 1st time on Showtime Boxing, her debut last Nov. 19th on undercard of the Sergey Kovalev vs Andre Ward at the T-Mobile Arena in Las Vegas. Claressa has four gold medals, including one each from the 2012 & 2016 Olympics. This makes her the the only U.S. boxer to win back-to-back golds. That she carries in her purse all the time. Yes she carries her gold medals in your purse to show them off.

Hopefully Claressa Shields can put women’s boxing in the U.S. back in the mainstream market. Women's boxing has suffered a lot over the past two decades. There really has not been a very marketable female boxer and hence there is no network interest. However boxing heads and industry leaders like what they are seeing from Shields. My only concern is that the competition is not there. If there is no competition that is marketable then female boxing will continue to have a difficult time making it to the mainstream audiences.