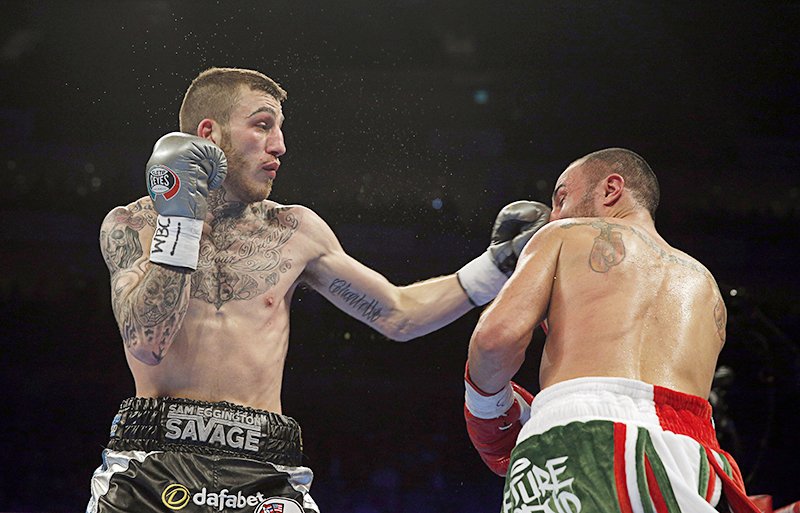 Paul Malignaggi was knocked out Saturday night at O2 Arena, Greenwich, London, United Kingdom by Sam Eggington. The fight ended when Eggington landed a left hook to the body that dropped Malignaggi who could not beat the count in the 8th round. Eggington keeps his THE WBC INTERNATIONAL WELTERWEIGHT TITLE.

Malignaggi , was showing that he still had skill and speed at age 36 stealing a lot of the early rounds. At one point during the fight Malignaggi had Eggington in real trouble almost dropping him in the 6th round. Out of nowhere, Maliganggi rocked Eggington with a power right and then landed a half dozen punches but it was not enough. Malignaggi began to take some clean shots as Eggington was starting to press the action. Malignaggi's face was starting to swell and show a lot of wear into the 7th round.

Paulie Malignaggi is a classy boxer and a truly world class fighter we look forward to seeing more of him on commentary and hope that he retires from his long great career in the ring.