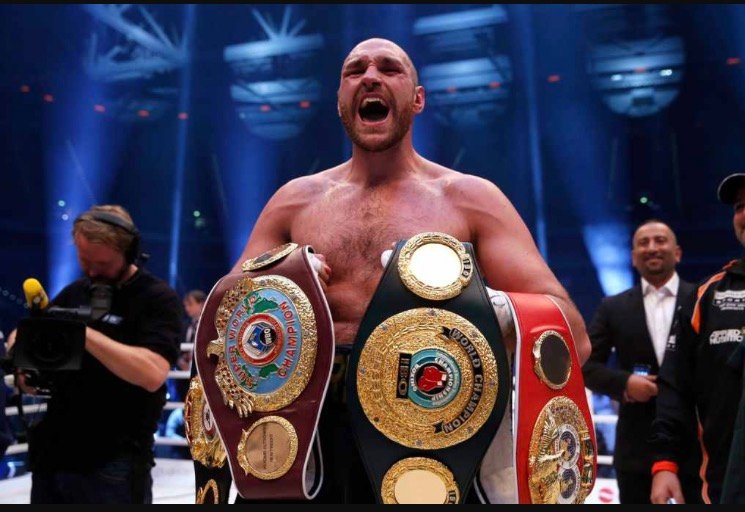 Tyson Fury post on his twitter account today that he was returning to the ring this May 13th, he wrote "Breaking news" Return of the MAC,

may 13th, working on an opponent more news to follow, @frankwarren_tv @btsport @boxnationtv". Shortly after he posted, "I'm taking on all bums,

Keep my belts warm guys as they belong to the king who ever got my belts I'm coming for you! Big or small."

Last time we saw Tyson Fury, was November 28th 2015 when he defeated Wladimir Klitschko. He was scheduled twice, to rematch Klitschko, but withdrew both times. First, an ankle injury, that later he admitted he wasn’t in shape to take the fight. Then a suspension last year after it was revealed he tested positive for cocaine.

There’s no opponent in place yet The May 13th return of Tyson Fury and Klitschko will challenge Anthony Joshua on April 29th for two heavyweight titles.