Warrington vs Martinez for the WBC International featherweight title 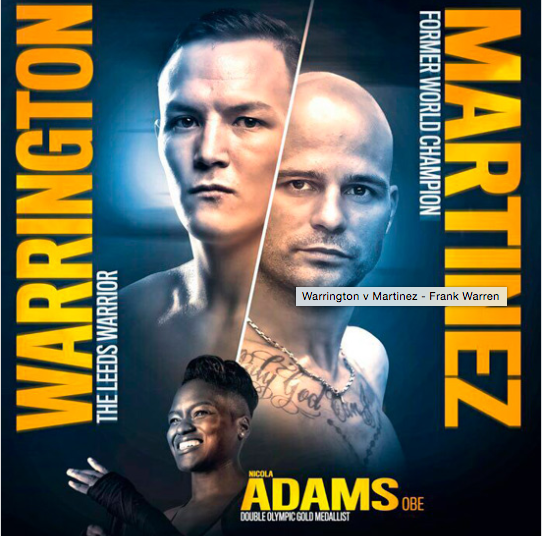 Undefeated Josh Warrington will make his third defence of his WBC International Featherweight belt against former IBF World Champion Kiko Martinez. The fight will take place on May 13th at the First Direct Arena in Leeds, UK.

This is a step up for Josh Warrington as Kiko Martinez, is no push over. He has an impressive resume taking on fighters like Carl Frampton, Leo Santa Cruz and Scott Quigg. He is coming off a win against Leonel Hernandez this past November. Josh Warrington, returns after a long layoff. He was last seen in action defeating Patrick Hyland by TKO last July. “I’m excited to get back in the ring and I’m looking forward to May 13th" - Warrington.

On the same bill, women’s boxing double Olympic Gold Medallist Nicola Adams will make her debut in the Flyweight division. Also on the card is James Dickens vs Thomas Patrick Ward for the BBBofC British super bantamweight title.

The bout will air live on live on BT Sport and BoxNation. For tickets call, 0844 2491000. The event is promoted by Frank Warren (Queensberry Promotions).