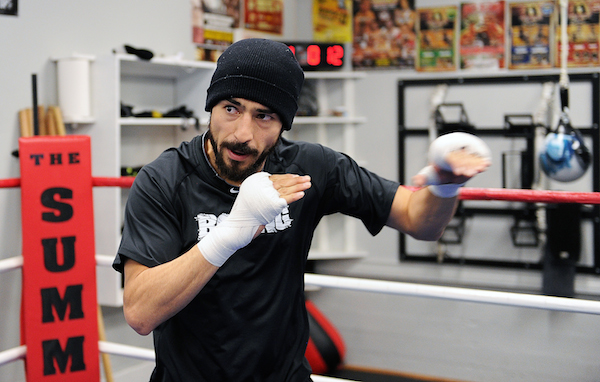 We last saw Josesito Lopez, this past December defeating Todd Manuel by a UD over 6 rounds. Lopez, has built an impressive resume over the year taking on fighters like Andre Berto, Mike Arnaoutis, Marcos Rene Maidana, Saul Alvarez and Victor Ortiz. He is looking to turn things around in 2017 and pursuit of another world title opportunity. Lopez, 32, made his pro debut 14 years ago with his first world title shot in 2012. We only saw him fight once in both 2016 and 2015. We know that Lopez is no push over and comes to even fight ready for anything. Like his nick name, "The Riverside Rocky" he gets knocked down a a lot but is up and ready to take more. Lopez is an exciting fighter to watch and boxing fan enjoy his style.

Saul Corral, is coming into the fight off a lost last September to Sadam Ali. That was a tough fight as Ali is a good fighter. Before that he fought four times in 2016 winning three by KO and losing one by KO. Like Lopez, Corral comes to bang and he has an exciting style.

This should be a good club style boxing match with both fighters ready to bang it out over the rounds.