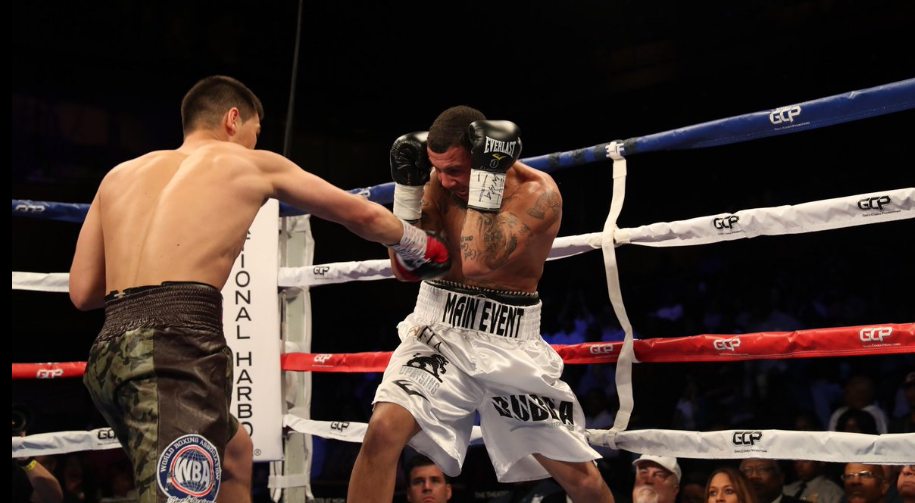 Unbeaten interim WBA World light heavyweight champion Dmitry Bivol came out strong right from the bell. Bivol dropped Clarkson twice in round one. Clarkson survived into the 2nd round digging in and showing a lot of heart. However Bivol kept the pressure on throwing some serious heat. By the 3rd round Bivol started to break Clarkson down hitting him the the straight one two. At this point Clarkson was in survival mode. In round fourth, Bivol knocked down Clarkson to the canvas. Clarkson got up but the referee waved it off. Time was 1:40 of the fourth round.