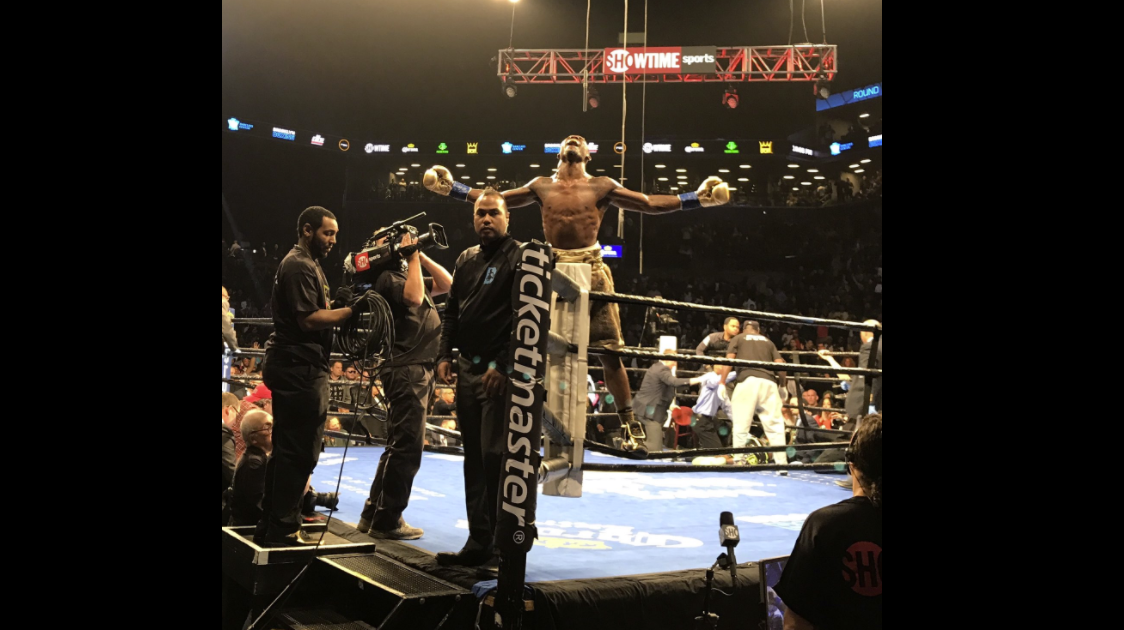 In the co-main event at the Barclays Center Brooklyn, New York, USA Jermell Charlo defended his WBC Junior Middleweight title with a 6th round knockout of Charles Hatley that will warrant consideration for 2017 KO of the Year..

Hatley came out very active at the bell but got caught with a counter straight 1-2 down the middle by Charlo. This did not stop Hatley’s activity as he continued to throw punches trying to make something happen. As Hatley got more comfortable he started to close the range and landed to the body.

Hatley started to close in on round two landing three punch combos. However Charlo started with the sharpe counter punches landing down the middle. Toward the end of the round both fighters let loose exchanging some big shots. Within the last couple of seconds Charlo landed a BIG punch almost dropping Hatley.

Charlo landed a BIG right hand dropping Hatley. He beat the count and recovered fighting on to the four round. The power of Charlo was making a difference and the fourth round he was starting to time Hatley closing in and landing big. Within the final 60seconds of the 4th round Charlo continued to walk down Hatley being patient & timing his punches.

Charlo comes out strong in the 5th round throwing a lot of punches. Hatley started to absorb more punches but staying strong & fighting back. Then as Charlo continued to land big punches Hatley jumped on his bicycle for a bit to ease the pressure. Hatley counted to get caught by hard punches as he fought on trying to make something happen.

Starting off the 6th round both fighters went to war! They exchanged some Big punches as Charlo landed a explosive right hand during a hard exchange dropping Hatley and putting him to sleep in a sensational knockout.