Anthony Joshua had to dig deeper than he ever had before in any fight. 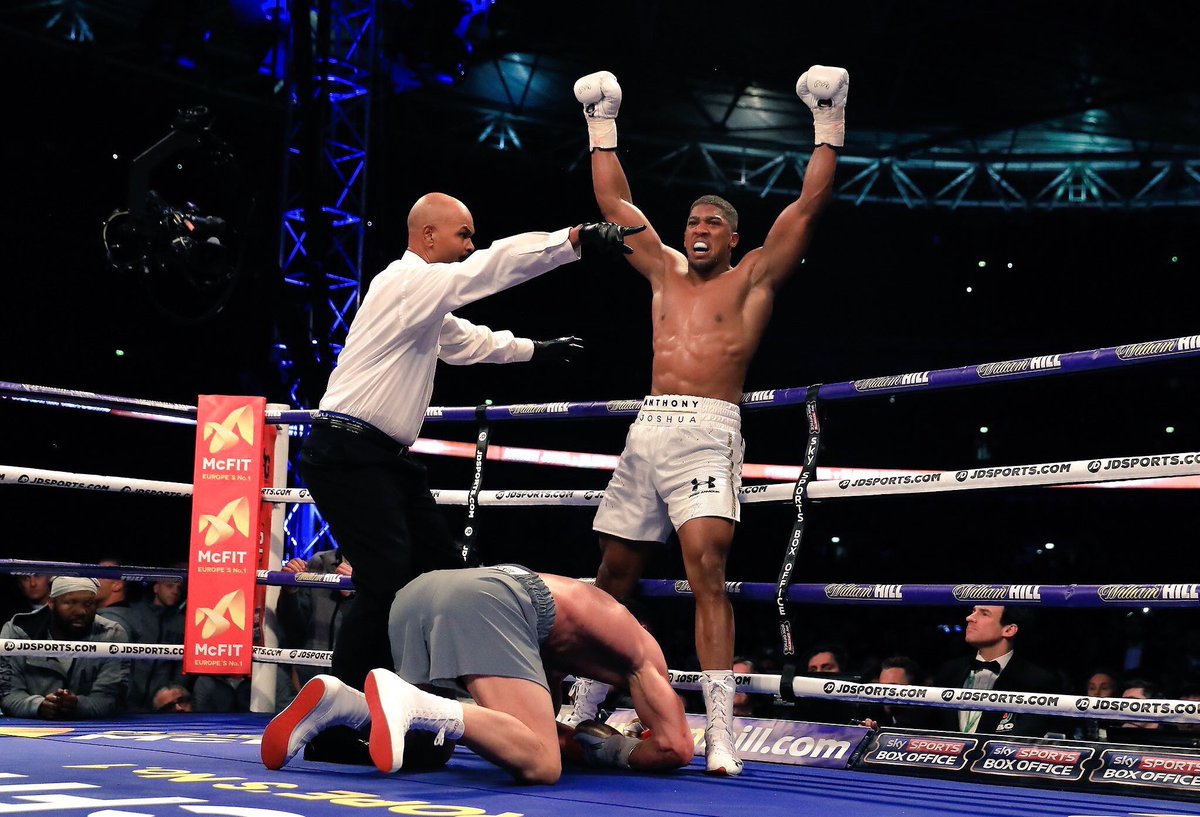 After easily dispatched his opponents in three consecutive bouts, not only did Joshua had to show resiliency and heart, he also showed he could overcome getting knocked down in a fight.

Joshua survived a knockdown to stop Wladimir Klitschko Saturday night before a record crowd of over 90,000 spectators at the famed Wembley Stadium in London, England.

With the win, Joshua improves to 19-0, with 19 knockouts. The 27-year-old successfully defended his IBF title and won the WBA Super heavyweight title as well.

Joshua had quickly risen through the pro ranks to challenge for a world title against since turning pro in October of 2013. More than three years after turning pro, Joshua faced Charles Martin, stopping him in less than two rounds to the IBF title.

He would defend the twice, easily dispatching of Dominic Breazeale and, most recently, Eric Molina.

Klitschko had not fought since November of 2015, when he lost a unanimous decision over 12 rounds to Tyson Fury. Boxing insiders wondered if Klitschko was finished as an elite fighter, considering he looked flat in the Fury bout.

Then there were the boxing critics who believed the current version of Klitschko would be enough to defeat Joshua, considering he had not faced anyone close to Klitschko's resume of fighters.

Despite the criticisms, boxing fans stateside and abroad anticipated this fight for weeks, but it looked early on that the fight would not live up to expectations.

Both fighters spent the early part of the fight jabbing one another. Joshua looked to follow up those jabs with a straight or overhand right to the head, winning the early rounds mostly on activity and aggression.

After the fight opened up towards the middle rounds, Joshua scored the first knockdown of the fight, courtesy of a left hook followed by a right hand to the head. Instead of customarily holding on, Klitschko fought back, clipping Joshua towards the end of the round with a right hand.

Klitschko scored a knockdown of his own in round six, landing a straight right hand that dropped Joshua to the canvas. Klitschko followed up, but not land anything flush to the head of a tiring Joshua.

Klitschko won the next handful of rounds by outboxing and outlanding Joshua. By round 10, Joshua seemed to find a second wind, increasing his punch output and digging to the body of Klitschko.

Midway through the 11th round, a hellacious right uppercut to the head staggered Klitschko, who was eventually dropped to the canvas by a barrage of punches to the head. Klitschko fought back after getting up, but left himself opened to be countered to the head. A left hook followed by a right hand to the head dropped Klitschko a second time in the round.

Klitschko stood up on wobbly legs and it looked as though the fight would be stopped, but referee David Fields let the fight continue. Joshua trapped Klitschko in a corner and unleashed a barrage of punches to the head, prompting Fields to step in and stop the bout at 2:25.

Entering the final round, punch stats and the judges' scorecards showed how close and competitive the fight was.

After the fight, Joshua gave high to Klitschko, just as he had done days before the fight.

"He's a role model in and out of the ring," said Joshua. "If you don't take part in this, you're going to fail."

"I had to dig deep. It's the only way you're going to improve. When you go in the trenches, that's when you find out who you really are. I won that fight by how far I had to dig."

Klitschko was diplomatic in defeat.

"Both fighters were really giving their best," said Klitschko after the fight. "The best man won tonight. Anthony was better than me. I am interested in the rematch."

Joshua has a lot of options as to who he could face.

WBC heavyweight titleholder Deontay Wilder was ringside for the fight and WBO titleholder Joseph Parker was reportedly watching the fight from New Zealand.

There is a rematch clause between Joshua and Klitschko, but Joshus did call out another major player in the division.

"Where's Tyson Fury at? He's been talking a lot. I want to fight everyone."