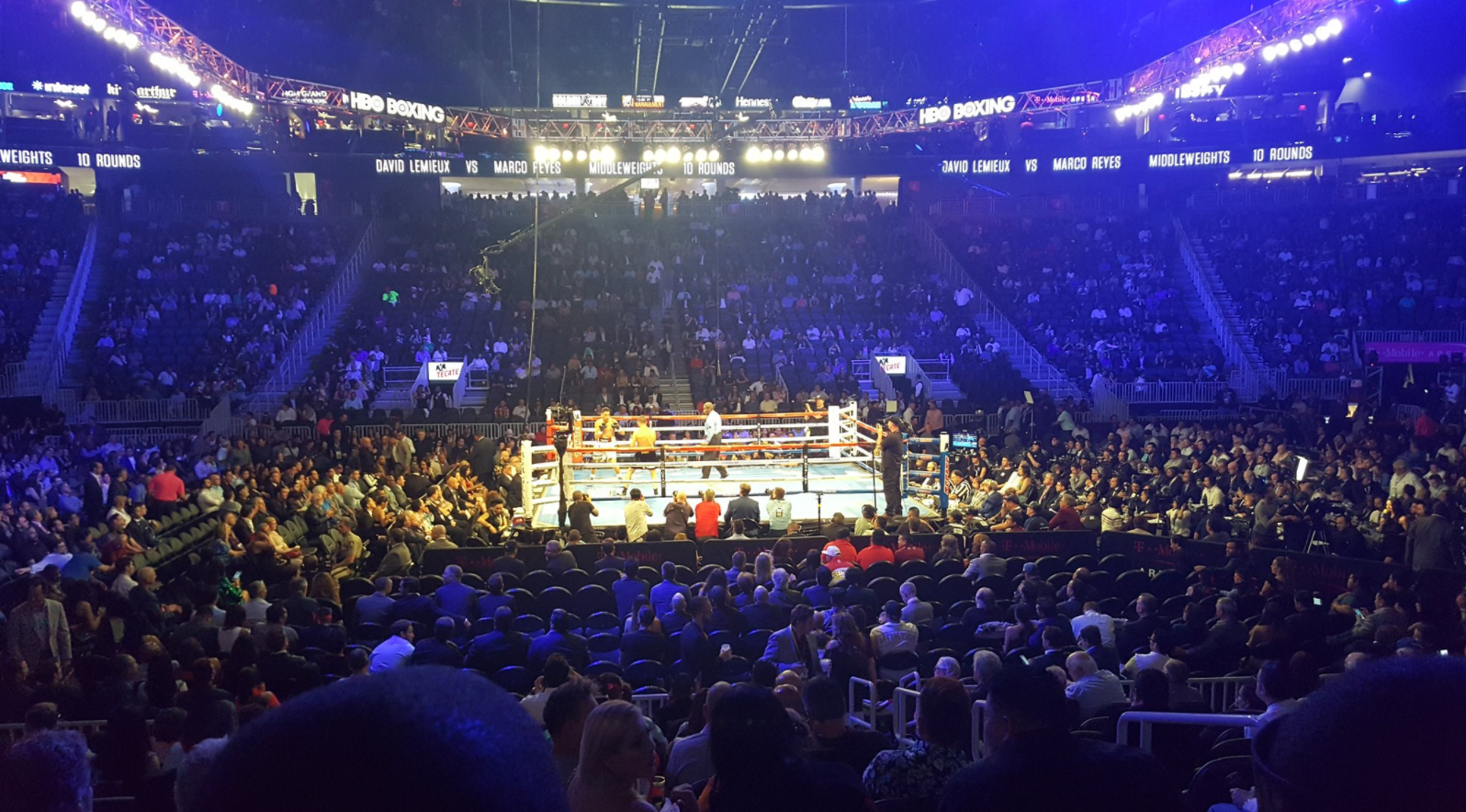 Kicking off the television portion of the card was a 10 round featherweight bout Manuel Avila vs. Joseph Diaz. Both fighters started strong trying to establish position in the ring. Within the 1st minute there was a few accident headbutts but nothing of concern. Heading into the 5th round both fighters kept it tactical. Joseph Diaz starting to fight at a high pace and landing at will going into the 9th round. The Scores: 100/90 99/91 99/91

Lucas Matthysse made his welterweight debut with an impressive stoppage over Emmanuel Taylor. Matthysse looked strong throughout the fight landing impressive power punches. His combinations were crisp and landing at will. It was clear that Taylor would not last into the later rounds. Emmanuel Taylor was down twice during the fight. We have not seen Matthysse in the ring since Oct of 2015 when he was knocked out by Viktor Postol.

Former middleweight champion David Lemieux dominated the fight over 10 rounds as he dismantled Marco “Dorado: Reyes, Scores: 99/90 99/90 98/91. The fight was the co-main bout on Saturday night at the T-Mobile Arena in Las Vegas. Reyes took a beating as he was bleeding from head to toe. However he show a lot of heart as he fought back and hung in for the full fight.