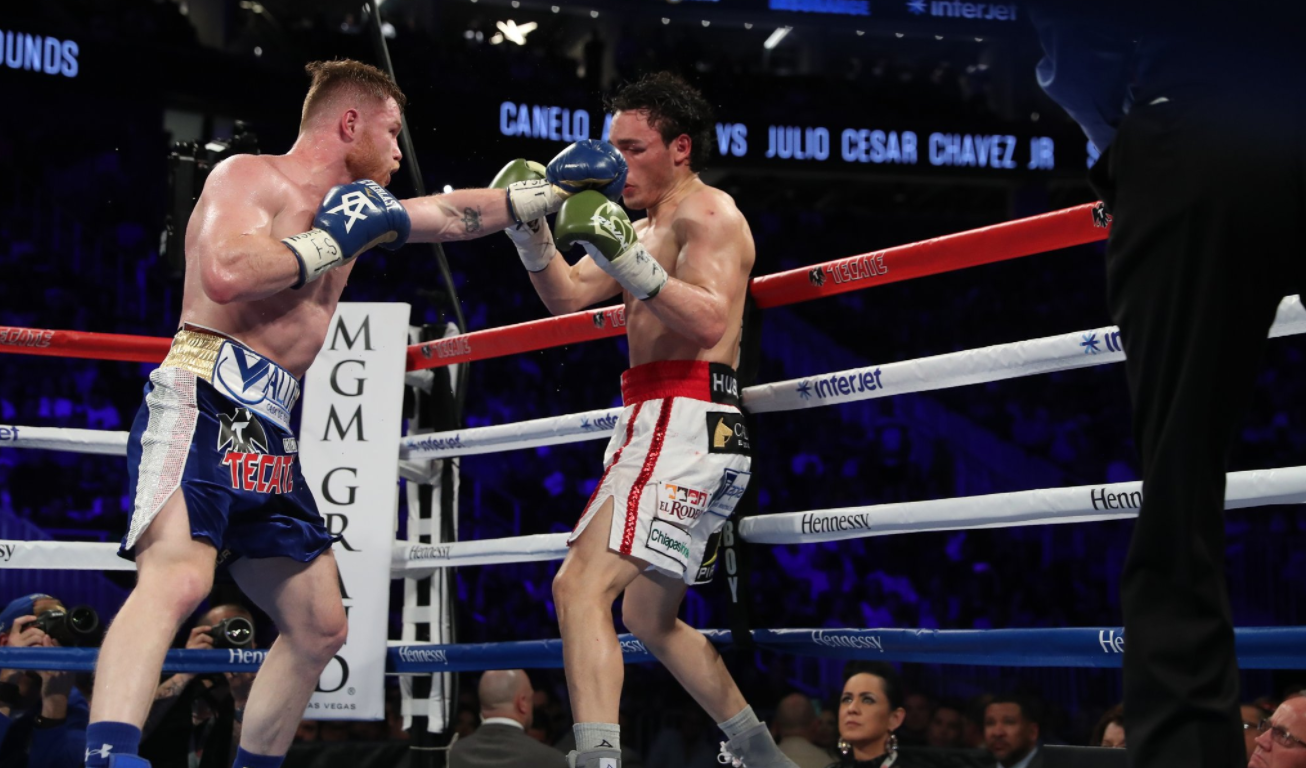 Canelo Alvarez scored a shoutout over twelve round against Julio Cesar Chavez on Saturday night at the T-Mobile Arena in Las Vegas. Scores were 120/108 on all three cards.

The fight started with Canelo relaxed throwing stiff punches & landing down the middle. Chavez trying to pressure and has his moments as Canelo counters. Canelo started to get confident and pressure the action as the round ended.

Canelo started round three landing the jab right down the middle. Chavez started slow not punching much or moving his head as Canelo’s overhand right landed at will. Chavez started to bleed from the nose at the end of the round.

Starting the fourth round Canelo started the round landing hard rights and pushing Chavez back. As Chavez has no answers for the punches. Canelo continued the punishment as Chavez was wearing the uppercuts.

Canelo’s jab continued to land straight down the middle in the 6th round. Chavez, looking nothing more than a heavy bag taking body shots and not doing much.

Toward the middle of the sixth round Chavez showed some life as he passed the fight against the ropes. He fought well as be took the fight toe to toe pressing the action. The round ended and at this point of the fight is was Chavez best round.

As the fight continued it was mush of the same, as Canelo dominated the rounds and Chavez showing heart taking a lot of punishment. He has some moments on the ropes but nothing special.

Chavez showed just a little bit of life in the 8th pressing the fight on the ropes as his eye was swelling shut. AS the fight continued it was nothing more than a sparring session for Canelo. Chavez took his beating like a man but the lack of punching and the punishment dispelled the crowd as the booed into the last round.

Is was a dominating performance by Canelo.