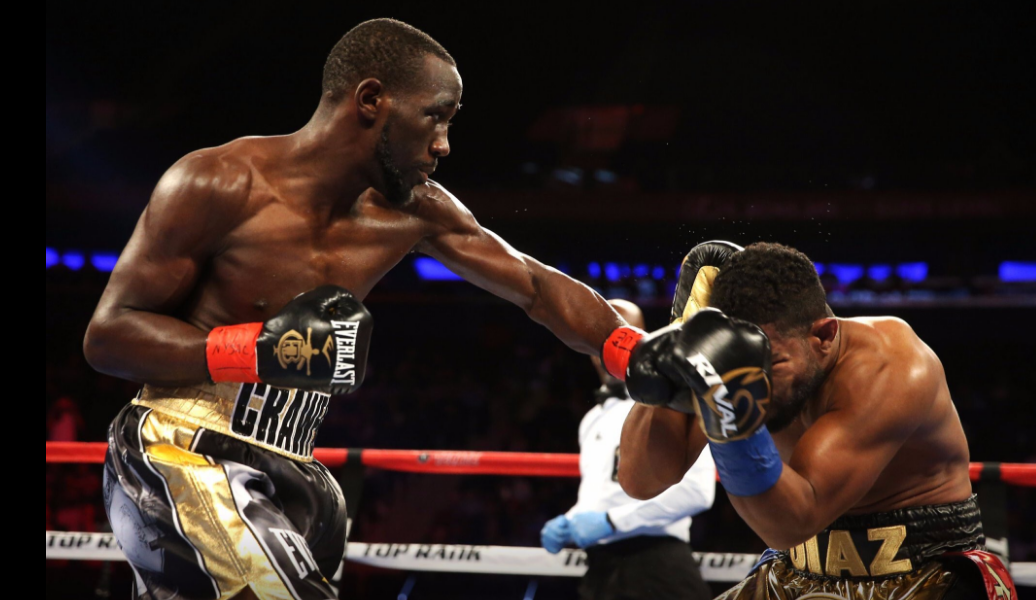 From the bell Terence Crawford started out using the jab in the southpaw stance. Felix Diaz tried to get close moving side to side but not punching much and just testing the waters. Diaz starts strong in round two attacking Crawford and landing some good punches. Crawford's movement and jab controlled the ring & the action put punching and landing Diaz. Heading into round three Crawford still fighting in the southpaw stance and Diaz having his moments. However Crawford makes adjustments and landing hard flush punches. As the fight continued into round 4 Diaz was getting touched a lot absorbing punches. By round 6 Crawford was very relaxed with his hands down and landing lighting fast punches at will. Diaz comes to life in round seven pressing the action and landing some big punches. This was his best round so far in the fight. As much has Diaz tried and landed solid punches Crawford seems unaffected. Crawford landed some BIG body shots in round 8 that looked like they really hurt Diaz, but he showed heart and survived the round. Diaz taking a lot of punishment going into round 10 and his corner told him that they will stop the fight if he does not show them something. Diaz's corner seen enough by the end of the 10th round and stopped the fight as Diaz was taking to many punches.

It was clear that Crawford was to good, quick and skilled for Diaz thru out the fight. Crawford's balance & distance control are two of his finest attributes.