Saunders needs to man up and fight Lemieux to build reputation 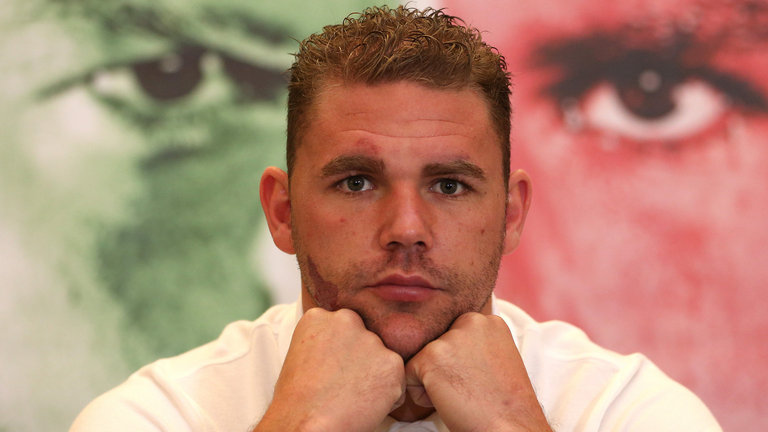 Former world champion David Lemieux is coming off a unanimous decision victory over Marcos Reyes on the undercard of Canelo Alvarez v. Julio Cesar Chavez last month, but the Canadian slugger may have the opportunity of a lifetime – if he gets the chance.

Interim WBO middleweight champion Avtandil Khurtsidze was scheduled to clash with ‘Regular’ WBO titleholder Billy Joe Saunders at the Copper Box Arena in London on July 8th. However, the Georgian was arrested and indicted Wednesday for his alleged role in an organized crime syndicate.

Although promoter Frank Warren’s Queensberry Promotions intends to postpone the fight to a later date, the crimes that Khurtsidze allegedly committed seem severe enough that it could Saunders to fight someone else altogether.

Lemieux (38-3, 33 KO’s) has been on the comeback trail since losing the IBF middleweight title to Gennady Golovkin in 2015 and has the tools to pose quite the challenge for the 27-year-old Saunders, who has yet to defend his belt against notable opposition.

Saunders took nearly a full year off from fighting following his victory over former world champion Andy Lee in 2015 to claim the WBO strap, and it showed. His first title defense came against the unknown Artur Akavov, who gave the Englishman a surprisingly tough fight. In fact, Akavov recently fought a journeyman to a split decision victory in Phoenix.

A sluggish performance against an unknown fighter proves that Sanders needs a bout that will push him to his limits and Lemieux is that man. He has thunderous power, he can counter punch efficaciously on the inside, and he can cut off the ring. Moreover, his brutal knockout of Curtis Stevens in March is likely a candidate for Knockout of the Year – if not the favorite.

The Saunders exemplified against Lee can box from the outside and has okay speed. However, he also tends to drop his right hand, leaving him vulnerable for a left hand, which obviously plays into Lemieux’s favor.

Maybe Saunders does not want to risk it just yet, but the fact remains if Saunders does not fight quality opposition, his standing in the boxing world will shrink to a point where fans refuse to view him in a positive light. He already made it clear that he wants nothing to do with Gennady Golovkin, why not fight a man he beat?