Omar Figueroa is back, but his future is still unclear 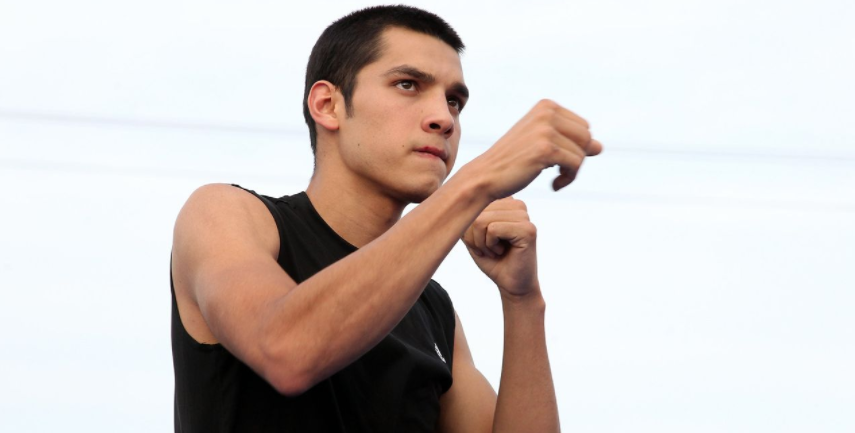 It has been nearly two years since undefeated former lightweight titlist Omar Figueroa Jr. (26-0, 18 KO’s) was last seen in the ring, but after taking a hiatus to recover from a series of hand and elbow injuries, the 27-year-old is more motivated than ever before as training camp begins today for his July, bout against former world champion Robert Guerrero (33-5, 18 KO’s), “It (the hiatus) made me a better person overall,” Figueroa said exclusively to FightNights.com. “Boxing is just a part of my life, but I am also human. I am ready to get back in (the ring) right now.”

Figueroa has yet to face a fighter with the caliber and experience that Guerrero represents. “The Ghost” has tasted defeat in four of his last six fights. However, that does not take away the fact that he brings a lot of experience to the table. The 34-year-old has fought a number of notable world champions, including Orlando Salido, Joel Casamayor, Andre Berto, Floyd Mayweather, Keith Thurman, and Danny Garcia. That does not intimidate Figueroa.

“This is what I am here for,” Figueroa responded. “I think Robert Guerrero will bring one of those type of challenges that any boxer could face. He is unrelenting; you can hit him as much as you want, but he’s not quitting.”

Although he lacks knockout power, Guerrero has proven that he has the guts and the initiative to get his hands dirty and brawl on the inside. He exemplified that against Andre Berto in what was one of the most scintillating fights of 2012, and a Fight of the Year candidate.

Despite getting dropped with a vicious Keith Thurman right hand in the ninth round of their bout in 2015, he got up and continued to fight as if the knockdown never occurred. That is exactly the kind of challenge Figueroa needs.

He faded towards the finish of his last bout against Antonio DeMarco, but still managed to win by unanimous decision. Figueroa will have to remain assiduous and keep Guerrero out of range if he wants to win the fight. As for his future, Figueroa says he never plans ahead. “Especially with the injuries that I’ve had, I don’t know when I’m gonna come back,” Figueroa explained. “I just hope that I end up healthy after this fight.”

Figueroa looks to fight his way into world championship contention again as he returns to face former world champion Robert Guerrero in the main event of Premier Boxing Champions on FOX, Saturday, July 15, at the Nassau Coliseum in Uniondale, New York.