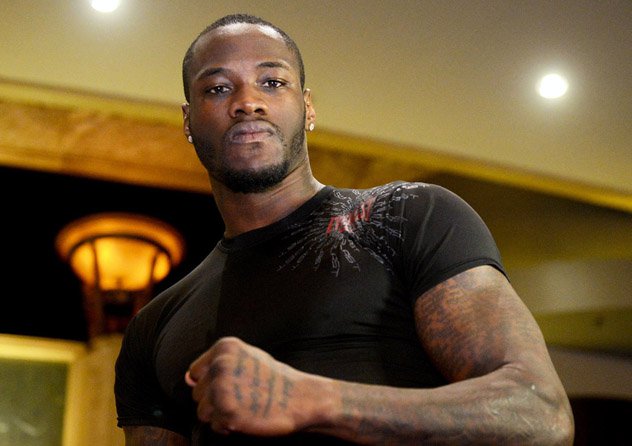 If Wilder wants $7 million, fight Bellew; not Whyte. Deontay Wilder is the WBC heavyweight champion of the world and fans love watching him fight because he’s exciting and there is always a chance he is going to knock his man out. The 31-year-old Wilder is 38-0 with 37 KO’s and is coming off a fifth-round stoppage of prospect Gerald Washington in February. But his next opponent has yet to be determined.

According to reports, Wilder is willing to fight outside America to defend his belt. However, Britain’s Dillian Whyte (20-1, 15 KO’s), is not on his hit list.

It was revealed by Wilder last week that he was offered $3 million to face the Brit, ranked No. 5 by the WBC, but he was none too happy with the offer, taking his frustrations to Instagram, where he called out Whyte’s promoter, Eddie Hearn, of Matchroom Sport.

“Bro, let’s not play around here. We both know who I want from England,” Wilder stated. “Make that offer of three million into seven million and on our terms,” Wilder added.

Joshua, 27, stopped Wladimir Klitschko in April in one of the greatest heavyweight title fights of the 21st century. However, Wilder might have to wait a little longer to face him.

The IBF granted Joshua an exception to postpone fighting his mandatory challenger, Kubrat Pulev, to pursue a rematch with Klitschko, who has yet to make a decision on whether to continue his boxing career. Now, Wilder has very few choices. He could rematch former champion Bermane Stiverne, which would be unnecessary, or take on former WBC World cruiserweight champion Tony Bellew.

Both men were involved in a confrontation following the Joshua-Klitschko weigh-in, so there is already tension, some bad blood. It could translate to a great fight inside the ring.

“This is a fight that’s U.S. versus U.K., and a fight with Tony certainly might help that story line, right? I think it’s certainly interesting,” he said in an exclusive interview with Sky Sports in May. Eddie Hearn knows how to reach me.”

Bellew knows how to sell a fight. He has Hollywood good looks, a provocative sense of humor, and of course, skills inside the ring.

He is coming off an electrifying 11th round stoppage of former champion David Haye in March. If you want to see a scintillating, bad blood, all-out war kind of fight, Wilder vs. Bellew will deliver. Moreover, it is a fight that makes enough financial sense for Wilder to make the $7 million he is requesting – perhaps more.