Who will Anthony Joshua fight next? 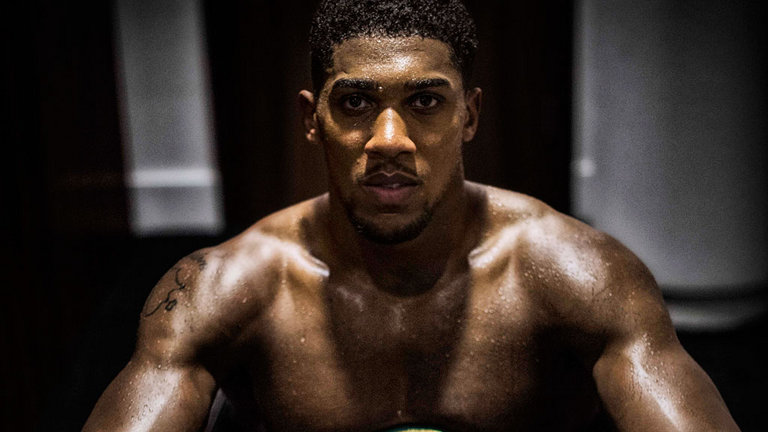 Boxing’s new unified heavyweight champion Anthony Joshua is certainly not short of options for his next fight.

Joshua called out Tyson Fury after beating Wladimir Klitschko last April 29. But he also said later that he would be happy to fight Klitschko in a rematch. AJ is also keen about unifying his belts with Deontay WIlder and Joseph Parker. Then there are also his mandatory challengers, Kubrat Pulev ( for IBF ) and Luis Ortiz ( for WBA).

Any of those names could be AJ’s next foe. So let’s take a close look at each fighter:

Joshua’s 11th round stoppage of Klitschko was spectacular. But that victory did not come easy. Joshua had to dig deep after getting knocked down in the 6th round. Klitschko also fought back in the middle rounds and kept the fight close. Good thing AJ recovered his bearings and took out Klitschko in the 11th.

Wlad has a rematch clause with Joshua although he has not exercised it yet. The IBF has granted Joshua the exception to fight Klitschko provided it will be before December 2, 2017. Joshua and his promoter Eddie Hearn have said they would be more than willing to give the former champ his rematch. But Klitschko hasn’t decided yet on whether he wants to continue fighting or not. The ball is in Wladimir’s hands. If he wants one more, he’ll get it. If he decides to retire, well AJ has other options.

Even before he left the ring Wembley Stadium, Anthony Joshua already had Tyson Fury on top of his mind. Joshua called out the former champion during his post fight ring interview. It didn’t take long for Fury to respond. The Gypsy King took to social media to troll Joshua’s victory saying AJ ‘had life and death’ with Klitschko while he ‘played with the guy’. Fury ended his tweet by saying: ‘Let’s dance”. But after a long absence Fury is in now shape to Face Joshua anytime soon. He has just returned to training and is seven stone too heavy to fight anyone. It’s been revealed that the earliest possible date for this fight is April 2018. Joshua wants to fight in October or November but if Klitschko is retiring, he may wait for Fury in April 2018.

American Deontay Wilder has the prestigious green belt of the WBC. Wilder was at Wembley when Joshua knocked out Klitschko. The Bronze Bomber was talking of a mega unification bout with Joshua but it’s not his immediate plan. Wilder has openly said he wants to annex Joseph Parker’s WBO belt first before taking on Anthony Joshua at the end of the year or early next year.

Wilder could be Joshua’s key to the U.S market. A fight with Wilder in the U.S. would certainly sell him to the American public. Wilder isn’t as polished as Joshua. He’s unconventional, wild and has questionable technique. He does have one punch knockout power though so that makes this interesting.

WBO Heavyweight champion Joseph Parker has acknowledged that Anthony Joshua is the man to beat in his weight class. But he also said that he and Joshua still have a lot to work on. He didn’t say he wants AJ next but he did say he wants to sit down and talk for a future fight. How near or far that future he was talking about, we don’t know.

Parker is coming off a successful defense against Razvan Cojanu last May 5. But it appears like he’s looking at a UK fight against Hughie Fury later this year. He’s also been linked to fights with Tony Bellew and Dillian White.

Right now, Anthony Joshua has two mandatory challenger. The first one is Kubrat Pulev of the IBF and Luis Ortiz of the WBA. Between the two, Kubrat Pulev is the safer choice is AJ wants a stay busy fight later this year.

Luis Ortiz may be 38 years old already but King Kong can give Joshua trouble fighting on the inside with his heft and power. Not saying that he has the bigger punch but the Cuban is as dangerous as a mandatory can get. Pulev meanwhile isn’t as quick and powerful as Ortiz. In fact, he’s like an inferior version of Wladimir Klitschko. So if AJ disposed of the real Klitschko, then Pulev will be easier picking.

There is no doubt that Anthony Joshua is the hottest commodity in boxing. Any fight he chooses will obviously sell. The rematch with Klitschko is probably the fight that makes most sense. If he chooses to go strap hunting, Wilder and Parker have two of the belts he needs to be undisputed heavyweight king. If none of those fights are available, he has his mandatories waiting for him. But the fight that boxing fans are most interested in is the one against Tyson Fury.

Tyson Fury has the size and unconventional style to give Anthony Joshua an interesting fight. Although Fury is reportedly not in shape yet, the early odds aren’t counting him out. According to betway.com, Joshua is just a 1/2 ( - 200 ) favorite over Fury who is currently at 33/20 ( +165) in a possible future fight. Not only that. If Joshua vs Klitschko sold 90,000 tickets, this one has the potential to do more, considering their fan base in the U.K and Europe. So hold your breath boxing fans.