"Check the facts - I bounce heads off the canvas" -McGregor 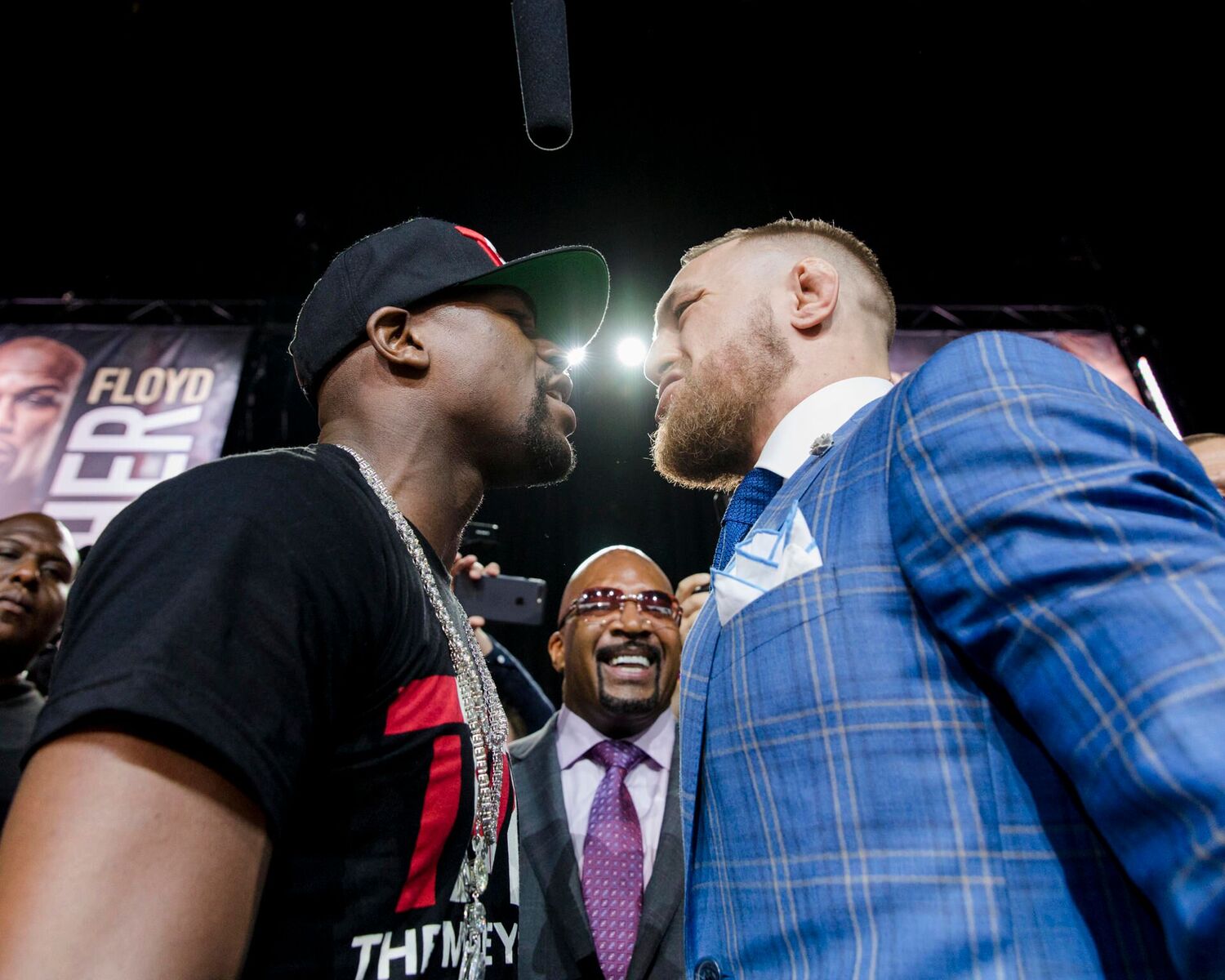 The tension between boxing legend Floyd Mayweather and UFC superstar Conor McGregor continued with their second meeting in Toronto. 16,000 Fans Pack Toronto's Budweiser Stage As Mayweather and McGregor exchange more heated words on Wednesday. Even recording artist Drake made a special guest appearance in front of his hometown Toronto fans "to witness history" for an event to celebrate what he called "the biggest fight in the history of fighting."

"One shot is all it takes," promise McGregor. "Check the facts - I bounce heads off the canvas."

The Mayweather vs. McGregor World Tour continues Thursday at Barclays Center in Brooklyn and concludes on Friday at Wembley Arena in London.