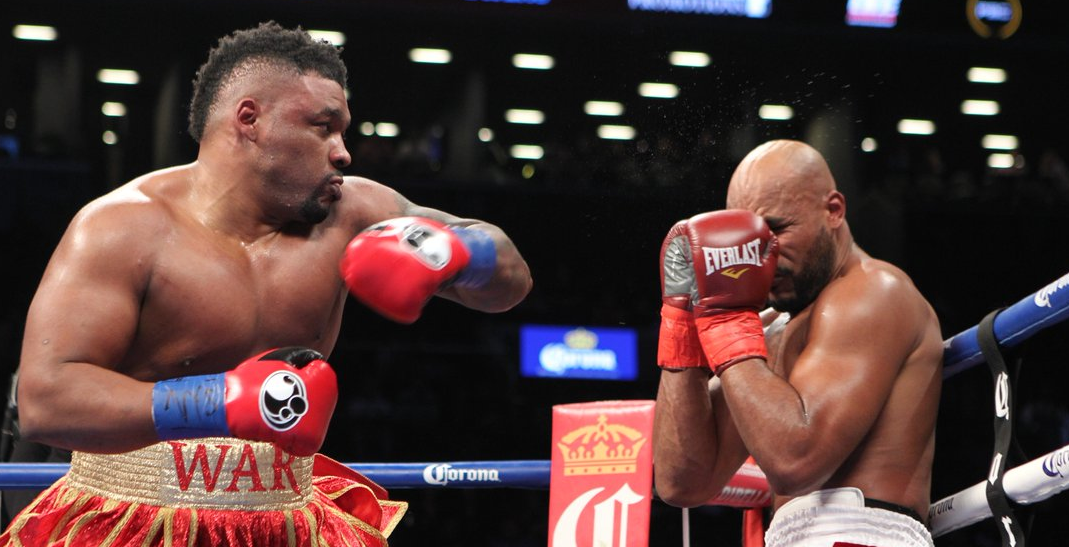 Washington started round one on his heels as BIG Miller pressed the fight. In round two Miller stunned Washinton with a big punch. Washington seemed to shake off the power and pressure. Miller was not investing mush to the body letting Washinton fight on his heels and counter. Into round three Washington contiued to be a stationary target letting Miller land power punches. As Washington was landing his hardest punches flush it did not seem to affect Miller. Heading into round four Miller started to unload the leather landing some BIG punches and dominating the rounds. As the fifth rounded to the end it seemed as if Miller was pushing his punches and getting tired. However this did not stop the pressure from Miller. Starting round six Gerald Washington landed a BIG combo stunning Miller. A littler steam was gone from Miller but that did not stop him from moving forward with the jab. Washinton tried to show a little life by bouncing on this feet but he contiune to get hit by hard punches. By the 7th round it was clear that Washington was tired as he was pushing his punches and backing up. Washington slumped into his corner looking like a beaten fighter. It looked as if Washington's corner was going to stop the fight. Round eight started with Miller contiuing the pressure and landing the hard punches.