Tevin Farmer is recovering after being shot 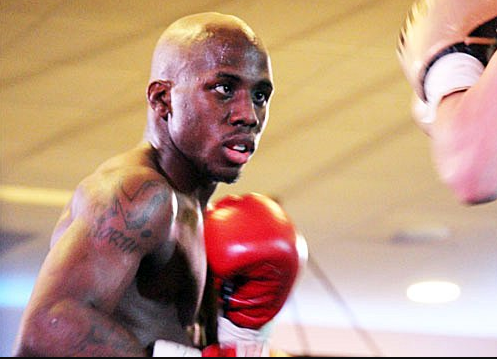 Junior lightweight contender Tevin Farmer is recovering after being shot in the hand Saturday afternoon in Philadelphia.

According to promoter Lou DiBella, a verbal dispute erupted between Farmer's older brother and his brother-in-law at a birthday party for Farmer's niece.

According to DiBella, one of the bullets struck Farmer in the right hand and another bullet grazed Farmer's older brother's eyelid.

A photo that was posted on Instagram Saturday night showed Farmer in a Philadelphia area hospital, handcuffed to a gurney.

"The police detained everybody involved, including Tevin," DiBella told FightNights.com Sunday afternoon. "Tevin was at the party when his brother-in-law put his hands on his sister. He was actually about to leave to go to the fights in Brooklyn (on Saturday) when his brother-in-law and friends came back to the house and all that started."

After an investigation, the authorities released Farmer and his older brother. Farmer's brother-in-law was charged with attempted murder and is still in a Philadelphia jail.

Farmer has been on the mend since rupturing his right bicep in his decision victory over Arturo Reyes on Apr. 28 at the Liacouras Center in Philadelphia.

DiBella said the injury Farmer suffered on Saturday was not as bad as it was initially thought.

"Tevin was shot in the hand, but the bullet never pierced through a bone or any muscle. It went through the skin area between the thumb and index finger. Tevin will see a specialist this coming week and we'll see what happens."

"If Tevin is cleared, I'd still like him to fight in November or December."

Farmer (25-4-1, with 5 knockouts) is currently ranked number three by the WBC and number five by the IBF. The 27-year-old has won his last 18 bouts.

"Despite the circumstances of what happened, especially with a gun involved and the number of rounds fired, I'm just grateful nothing worse happened to Tevin and his brother and that they're going to be okay," said DiBella.