Tramaine Williams gets the first round KO over Gonzalez 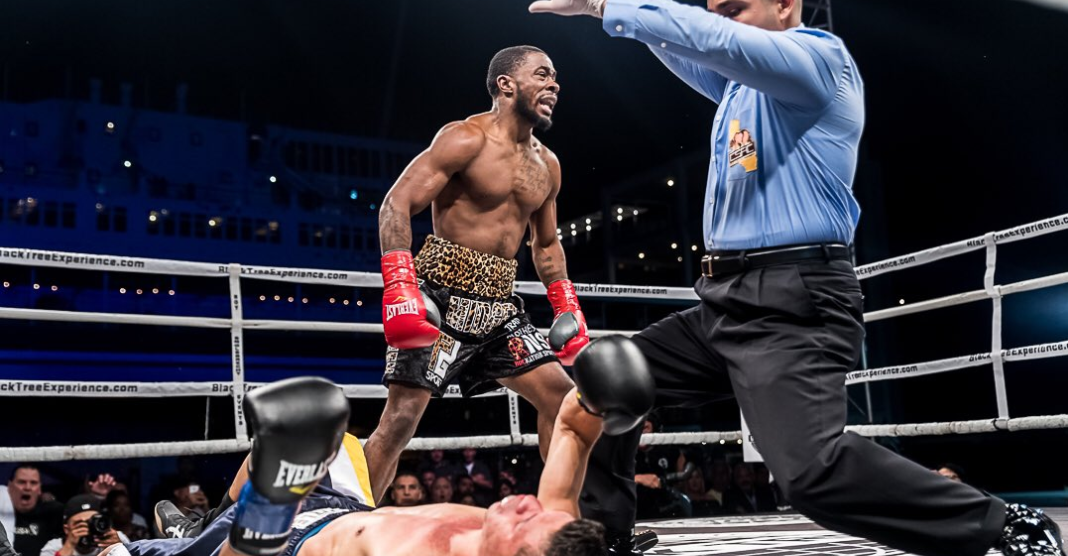 If Tramaine Williams wanted to make a statement to the featherweight division, he sure made one Saturday night at the expense of William Gonzalez.

The southpaw Williams, who hails from New Have, Connecticut, was coming off a second round knockout victory over former fringe contender and gatekeeper Christopher Martin on June 17.

The 24-year-old Williams, who is signed to Roc Nation, was promoted by Top Rank since his pro debut, but was released from his contract when he pled guilty to charges of possession of an assault weapon and narcotics in 2014.

The 36-year-old Gonzalez, who hails from Managua, Nicaragua, was considered a major step up in opposition for Williams. Gonzalez is a former world bantamweight title challenger.

Gonzalez stood up a second time and tried to fight back, but another right-left to the chin dropped him flat onto his back. Referee Raul Caiz, Jr. immediately stopped the bout at 1:34.

"I prepared well for this fight and anything can happen when I work hard," said Williams after the fight. "I felt his power early with a body shot, but I stayed focused."

The former amateur standout from Brooklyn, N.Y. had mostly dominated his opposition until Saturday night as Guy came to fight.

Younan was effective during the first part of the fight, utilizing lateral movement and effective countering Guy to the head. Guy began to walk Younan down during the middle rounds, forcing him back against the ropes or on his back foot.

Guy was deducted a point from referee Wayne Hedgpeth for throwing Younan down to the canvas during a clench in round six.

It was all Guy during the final two rounds, ripping hooks and crosses to Younan's head and body. Younan dropped twice to the canvas, but Hedgpeth ruled both as slips, although television replays did show punches landing on Younan.

In the opening bout of the CBS Sports Network telecast, heavyweight Jonathan Rice, who played collegiate basketball at Winthrop University, won a six round unanimous decision over Rodney Hernandez (10-6-2, with 2 KOs).