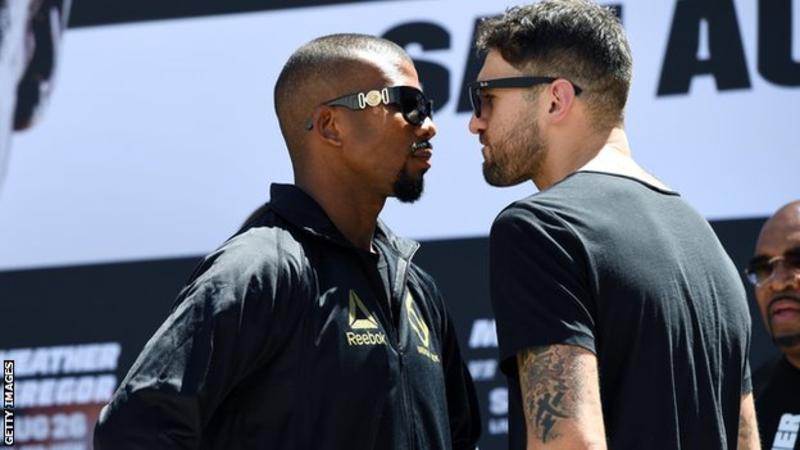 After three successful defenses at 168 pounds and a couple of questionable decisions, Jack, 33, appears ready to move on and pursue new endeavors. He was last seen in the ring against IBF/WBC World super-middleweight champion James DeGale.

Both fighters went down in the fight; Jack was dropped in the first, and DeGale was sent to the canvas in the 12th. Although most thought Jack should have been awarded a clear victory, the judges ruled the bout a majority draw.

It was reminiscent of Jack’s 2016 bout against former world champion Lucian Bute, which was initially ruled a majority draw, though it was later overturned to a DQ win after Bute tested positive for Ostarine, which produces effects similar to anabolic steroids.

Cleverly (30-3, 16 KO’s) has won four of his last six fights, all by TKO, since getting stopped by Russia’s Sergey Kovalev in 2013. He scored an upset against Juergen Braehmer last October when the former world champion was forced to retire with an elbow injury in the sixth round.

Although the Welshman may not have won the way he wanted, Cleverly applied constant pressure, and kept Braehmer on his toes, and uncomfortable for most of the fight.

Who will come on top? FightNights.com has put together another round-by-round prediction.

Round 1: Cleverly comes out with a big head of steam, but Jack is calm and composed, working behind the jab, and his left hook. This should be a clear round for the challenger. Winner: Jack 10-9

Round 2: It’s more of the same in the second round as Jack outboxes Cleverly again behind his jab, one-two combinations, and a few damaging crosses that cause Cleverly to back up. The Welshman connects with a straight right and a few jabs, but he’s not able to keep up with Jack’s pace.Winner: Jack 20-18

Round 3: Jack hurts Cleverly with a left hook and a violent straight right hand. Cleverly lets his hands go at the end of the round and gets in a hook to the body. It’s all Jack through three in Vegas. Winner: Jack 30-27

Round 4: Jack takes the fourth round off and Cleverly takes advantage, landing with a few short rights, and a left hook to the body. Cleverly is also bothered by significant swelling around his right eye. Winner: Cleverly 39-37

Round 5: Jack hurts Cleverly with a left hook and the champion has to hold. The challenger lets his hands go, but Cleverly uses head movement to avoid further punishment, and returns with a flurry to the body. Winner: Jack 49-46

Round 6: Nothing much to this round as both fighters take a breather and are evenly matched. Vegas will likely give this round to Jack. Winner: Jack 59-55

Round 7: A left hook opens up a cut above the right eye of Cleverly. Jack continues to outbox Cleverly, who can’t seem to find the target, and is getting increasingly frustrated. Winner: Jack 69-64

Round 8: The eighth is a close one as Cleverly feels the urgency and muscles his way inside and attacks the body. Jack returns with a right hand, but it appeared Cleverly did enough damage to his opponent’s ribs in that round. Cleverly gets back on board, but is still well behind. Winner: Cleverly 78-74

Round 9: Cleverly doubles down again as the ninth round commences and goes to the body. However, this is where things could get dicey. We could see a head clash or two with excessive action on the inside and that could spell danger for Cleverly, who was previously cut. Winner: Cleverly 87-84

Round 11: Jack connects on a solid combination and the cut above Cleverly’s right eye has re-opened. The Welshman refuses to hold as both men trade punches in the center of the ring. The left eye of Jack is also suffering from some swelling. Cleverly is exhausted and holding his arms lower and lower – he could have punched himself out, and Jack finds the target with a strong cross as the bell rings for the final round. Winner: Jack 106-103

Round 12: This could be a candidate for Round of the Year as both men are putting everything on the line. Jack punishes Cleverly with a left hook and it lands flush. Cleverly is down and the fight is over. Winner: Jack by 12th round KO

It’s going to be a tough fight for Jack, but he should prevail. It will be interesting to see how he fares with the rest of the light-heavyweight division. Is Sergey Kovalev a possibility going forward? We shall see.