Crolla is keen to meet Burns in Manchester 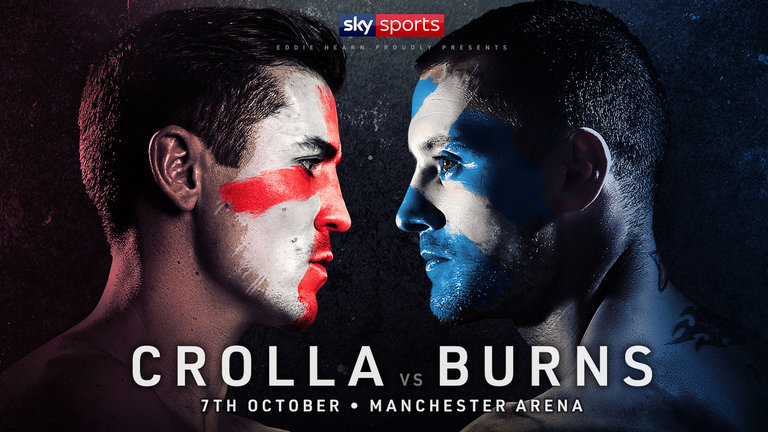 It has been confirmed that Anthony Crolla and Ricky Burns will be facing each other in the Manchester Arena on the 7th October 2017. This is must-win lightweight contest that both British fighters need to win in order to restart their careers and put them back in the race for titles.

Both men passed up less demanding fights in an effort to fast track their chances of regaining their titles. The 30 year old Crolla admitted to have had the opportunity to take on other opponents in an effort to gain some confidence, but chose not to, due to his keen desire for real success. Ricky who is 34 years old had the chance to fight Scottish Josh Taylor, but he too, deliberately decided to take the harder, more rewarding route of fighting Anthony.

Boxing fans will totally understand the fighters’ urgency, especially when one takes into account their ages and strong sense of loss after their title defeats. Boxing pundits have agreed the fight will be a close contest, with very little to choose between the two; this is especially true when one considers that the loser will have to face the reality that any chances of regaining the limelight, glory and any chance of a shot for the title will be gone for good. However, according to Sportingbet, Anthony Crolla is the odds on favourite to win the match priced at 4/9, whilst Ricky Burns is 7/4.

Anthony will enjoy the home support, as he is born and breed in Manchester, but, on the other hand, Burns returns to a division where he has enjoyed the best performances and wins of his boxing career. Furthermore, Burns is a three-weight world champion, and obviously has the pedigree and talent to produce an upset, which will put an end to the planned celebrations in Manchester on the night.

Both boxers have a lot of respect for each other, and as a result, there should be a lot less of the usual abusive talk, grandstanding, in-your-face finger pointing and bravura pre-match press conferences as we get closer to the fight date.

Ricky Burns has already set the tone as he admitted that Crolla is ‘a great guy and a great fighter’ and that ‘the best man will win on the night’.