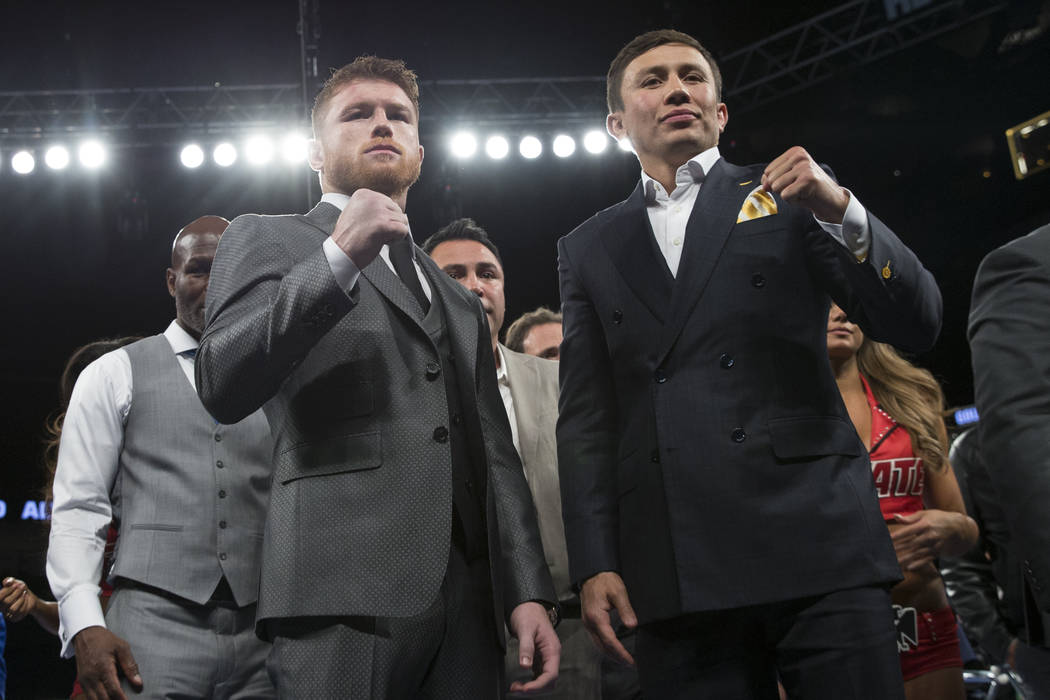 Last month’s mismatch made the headlines, but the real mega-fight of the year is just days away and features two of the top pound-for-pound boxers in the sport battling for middleweight supremacy.

Canelo has fought twice at the new 20,000 seat arena, which opened a year ago. Last May, he flattened Amir Khan in one of the most spectacular knockouts in recent memory, and followed that up with a victory over a dormant Julio Cesar Chavez Jr. in an extremely dull, one-sided affair.

Golovkin has never fought in Las Vegas and is coming off a close, tough points victory over former world champion Daniel Jacobs in March. The fight snapped a 23-bout knockout streak for the Kazakh.

“I believe my next fight against Canelo is not a decision, because he knows me, and I know him,” Golovkin told Box Nation. I believe he [Canelo] is ready for 100 percent for this fight, because this is true fight. Jacobs is a different class [than Canelo]. Right now, everything is different.”

Canelo also said Tuesday that he doesn’t want the fight to be in the hands of the judges.