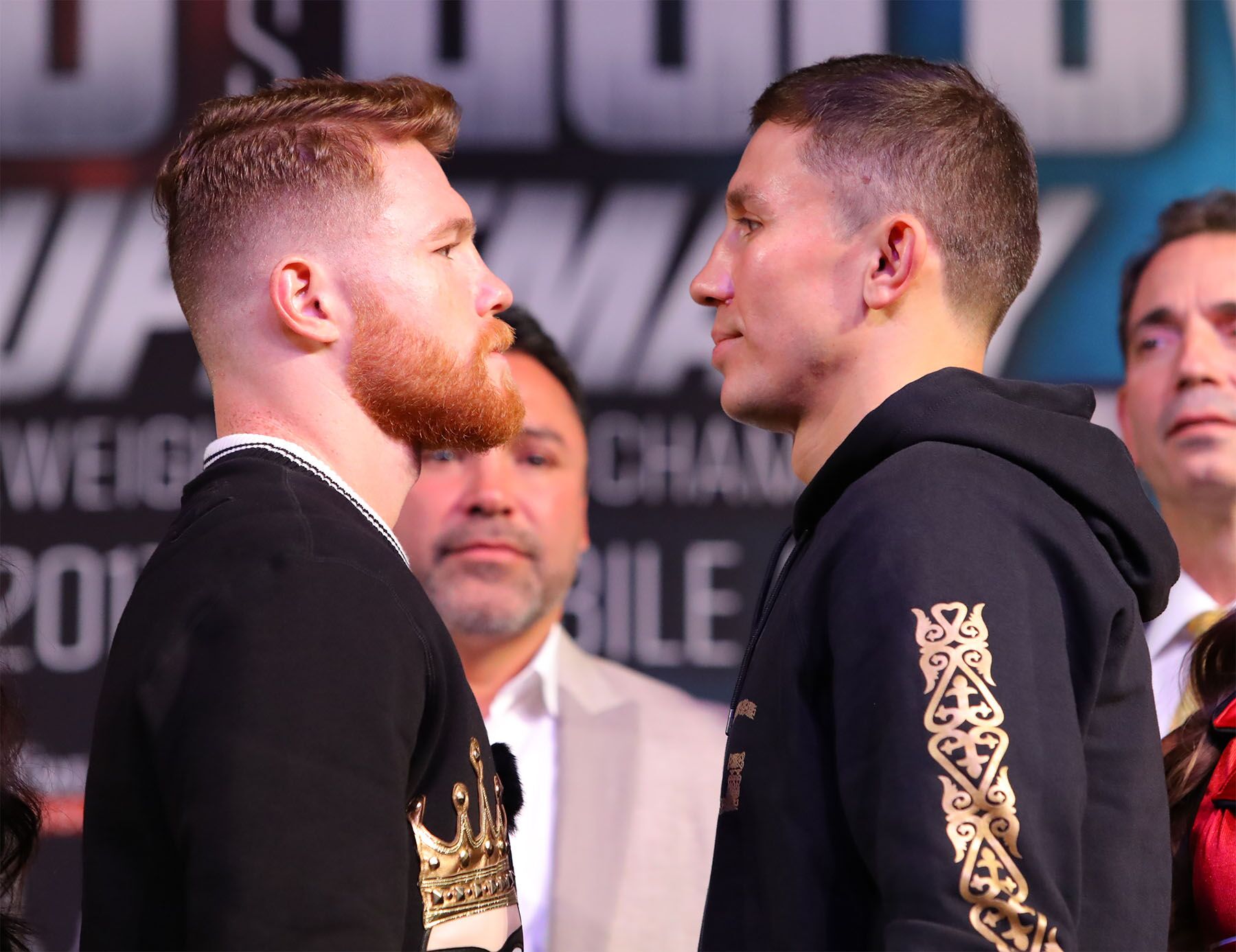 On Saturday, September 16th, the fight that everyone has been waiting on for over a year will finally take place. From the T-Mobile arena in Las Vegas, Golden Boy Promotions, in connection with K2 Promotions, will presenting the fight for “Middleweight Supremacy” live on HBO PPV. In what most boxing fans would call the biggest fight in the sport today, Saul Canelo Alvarez will finally square off against Gennady GGG Golovkin. The fight will be at the full 160 pound weight limit and will be for the WBC, WBA, IBO, and IBF Middleweight belts, but more on that later.

Canelo Alvarez (49-1-1 with 34 KOs) has been fighting as a professional boxer since he was 15 years old. The Mexican born Alvarez is currently the biggest boxing star in the world. He had headlined fights in stadiums that seated 100k people and has been a steady attraction in Las Vegas. He has already been a World Champion 4 times at the young age of 27. He has faced the likes of: Shane Mosley, Austin Trout, Floyd Mayweather, Erislanda Lara, Miguel Cotto, and Amir Khan. No matter who he fights in the world, he is the A-Side.

Gennady Golovkin (37-0-0 with 33 KOs), despite being 8 years older than Alvarez, has been a pro boxer for 1 less year. However, Golovkin has a very deep amateur background of 350 fights compared to only 46 bouts from Alvarez. Golovkin’s resume does not match what Canelo’s has faced, but he has dominated and decimated pretty much anyone that has stood in front of him. Some of his best wins include Martin Murray, Matthew Macklin, Daniel Geale, David Lemieux, Kell Brook, and most recently, Daniel Jacobs. What is more impressive is the people who have avoided Golovkin, such as Miguel Cotto, Felix Sturm, and current WBO Champion BJ Saunders.

Alvarez is on the list of many people who think he also ducked Golovkin. If you ask me, I say Canelo wanted to fight GGG the whole time, but his team did not want the fight at the time. Canelo after winning the WBC Middleweight title against Miguel Cotto, decided to relinquish the belt to Golovkin instead of agreeing to a forced deal by the WBC. The battle between Alvarez and the WBC sanctioning body continue today. Alvarez has made it clear that he doesn’t want anything to do with the WBC and if he wins on Saturday, the belt will be immediately vacated.

The man from Kazakhstan, Golovkin, is looked at by some as a mythical creature. At one point, he was introduced by ring announcers as the champion with the highest KO ratio in the sport. The stories of his sparring sessions have become topics of conversation at many bars. Not only are there reports of him beating up bigger guys, like Sergey Kovalev, people have said even when boxers cover up completely, he has left them bruised and battered on their forearms. Whether it’s fair or not, on Saturday, the myth, the man, the legend of GGG will either be realized or vanquished.

This is a fight that has everything you can want as a boxing fan. Both guys have dominated recent opponents. The styles of each guy, makes for a perfect fit. Golovkin wants to use his power jab and come forward. He is one of the best in the sport at cutting off the ring and eh has shown he can take a punch. Canelo is one of the best, and most powerful, counterpunchers in the sport. He wants people to come towards him. He doesn’t have quick feet, but he has very good head movement and he has faster hands. He will be, by far, the best opponent Golovkin has ever fought.

I expect that Golovkin will come out and try to use the jab like he did against Lemieux, not coming in too hard. Canelo will counter punch and try to command Golovkin’s respect with his power. And the key will be if he can gain that respect. Within the 1st four rounds will be Canelo’s best chance. He has shown some tendency of slowing down late and Golovkin has been known to wear guys down.

After the 1st 4-5 rounds, I expect GGG to be a bit more aggressive. He will try to go to the body and start looking more for opening to try to back Canelo into a corner, or against the ropes. I don’t think this fight will go the distance. Either GGG gets hurt by Canelo early or Canelo starts to feel the cumulative punishment and gets stopped by GGG in the 2nd half of the fight. My exact prediction for the fight will be Golovkin winning by 9th round stoppage by Canelo’s corner. I think Alvarez will be too prideful to give up and his team may have to do it for him.

This fight will be about pride and respect. Canelo wants the respect from the people who called him a ducker and Golovkin wants respect from the people who think he’s just beat up on bums and is media hype. I hope that when this great fight is over with, that both fighters will have earned the respect from all the real boxing fans out there. With that said, you may not see a fight this big in a long time. So, as I always say, sit back, relax, and enjoy the fight.