Report: Vargas in talks with HBO and Haymon 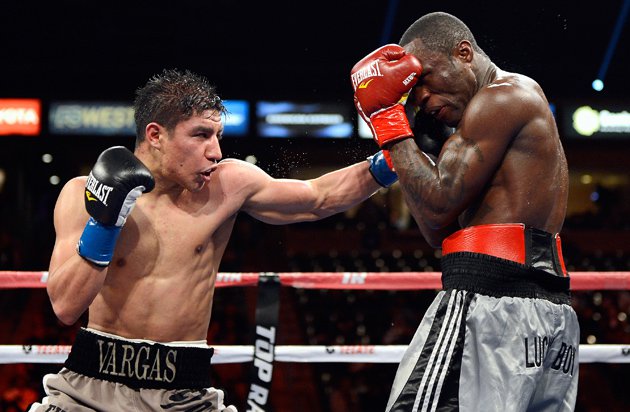 According to a source with knowledge of the situation, Vargas, 28, has been in talks for a multi-fight deal with HBO, but is “apprehensive” because he doesn’t feel like there are any fights out there for him. Additionally, Vargas has also been in negotiations with Al Haymon for a move to his stable.

With former interim WBC World super-lightweight champion Lucas Matthysse potentially fighting former four-division world champion Adrien Broner at the end of the year, there aren’t many options for him. A move to Haymon would allow him to pursue bouts with the likes of Shawn Porter, Danny Garcia, Keith Thurman, and Errol Spence Jr among others.

It was also reported last week that Vargas was approached about a possible fight with WBO welterweight world champion Jeff Horn, but that also fell through.

FightNights.com spoke with Vargas following the Floyd Mayweather-Conor McGregor fight last month at T-Mobile Arena in Las Vegas and he couldn’t go into specific details regarding his future saying "My advisor is working on all the details right now, and soon we’ll have the latest news.”

Vargas has not fought since losing a wide unanimous decision to Manny Pacquiao last November.