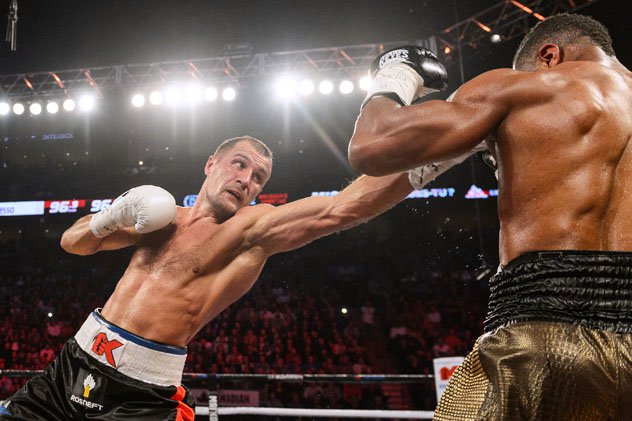 Sergey Kovalev entered training camp for the first Andre Ward fight in 2016 around 228 pounds, according to a source close with the former light-heavyweight world champion. While it’s unknown how much he weighed entering camp for the rematch in June, it couldn’t have been much better.

Sources with knowledge of the situation reporting exclusively to FightNights.com say well-known disciplinary coaches Joel Diaz and Rudy Hernandez are being considered to replace John David Jackson as Kovalev’s trainer. This comes despite the Russian’s statement on Saturday that he doesn’t need one.

“All this time with John David Jackson, I got nothing from him. Everything, my preparation, was constructed by myself. Jackson wouldn’t help me,” Kovalev said via RingTV. “A coach should help you inside the ring between rounds, when you have a minute rest, to explain or help you with tactics. I know when and where to punch, since I began boxing at 11 years old. I had thoughts for a while about splitting with Jackson.”

Our source also says Kovalev, 34, is a known drinker and cigarette smoker, which could provide some explanation as to why he has suffered from stamina issues in recent fights.

Kovalev (30-2-1, 26 KO’s) lost a close unanimous decision in the first encounter with Ward, despite hurting the 2004 Olympic gold medalist in the opening round with a stiff left jab, and dropping him in the second round with a powerful counter right hand.

In the rematch, Ward focused on a sustained body attack, and it eventually wore down Kovalev both mentally and physically. In the eighth round, Ward connected on a huge right hand that sent the Russian into hell. Sucking wind since the fourth round and with no room to breathe he succumbed, as referee Tony Weeks stopped the fight.

Kovalev resorted to excuses, blaming Ward for supposed low blows, but it’s nonsense. If he is coming into training camp at 228 pounds, that’s ultimately on him.

Kovalev will face light-heavyweight contender Vyacheslav Shabranskyy on November 25 inside The Theater at Madison Square Garden in New York City. The 12-round bout will be televised by HBO.