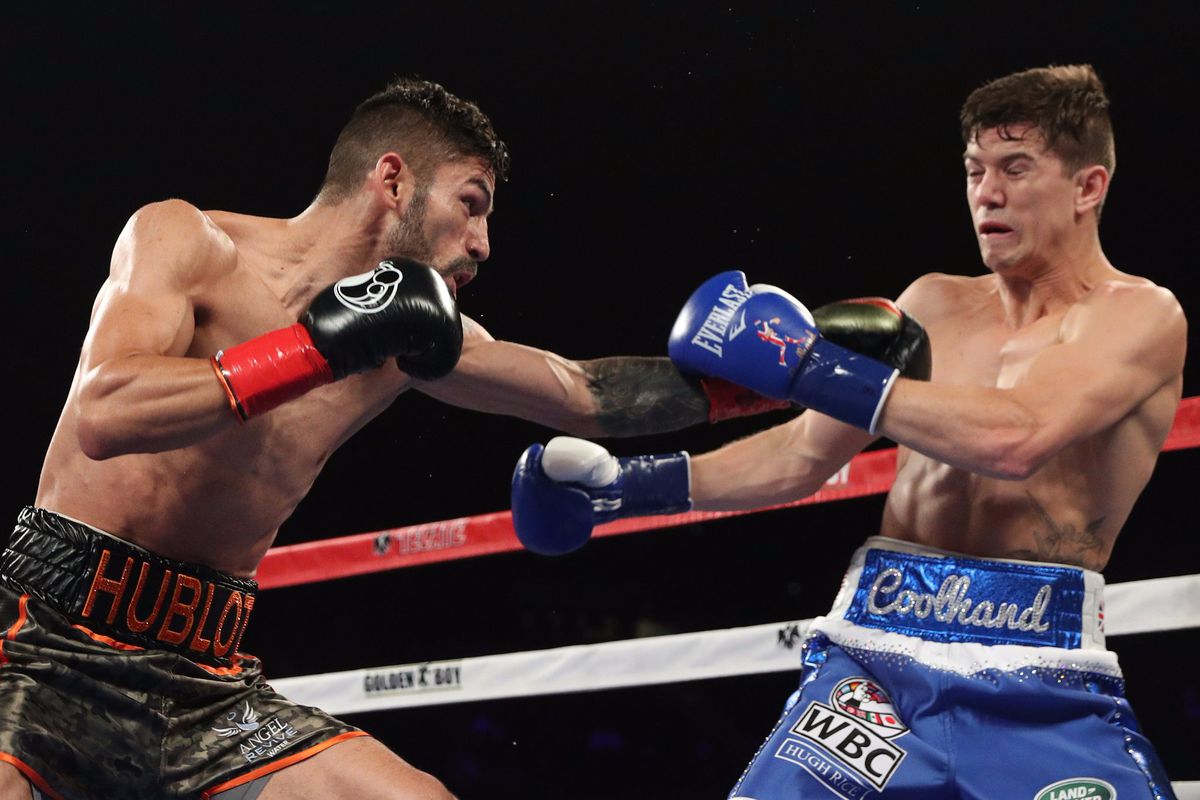 In a very close fight, Jorge Linares retained his WBA lightweight world title by split decision against Luke Campbell on Saturday night before a crowd of 4,125 at The Forum in Inglewood, California.

“I fought very well. I’m happy with the fight,” Linares said through a translator. “He’s a tough opponent.”

Campbell appeared to outbox Linares in the first round, but it was a different story in the second.

Linares (43-3, 27 KO’s), 32, of Venezuela, caught Campbell with a beautiful right cross, reminiscent of Manny Pacquiao’s knockdown of Chris Algieri in the ninth round of their bout in 2014, and the former Olympic gold medalist was sent to the floor. The punch opened a large cut under Campbell’s right eye, but it was never a factor due to phenomenal work by his corner.

“When I got him with the punch and he went down, I didn’t feel the power coming out of me,” Linares said.

Campbell, though, adjusted and seemed to control a majority of rounds five through 10. He outboxed Linares and landed straight left hands, overhand rights, and uppercuts to the body. Linares, however, struggled to do so.

Linares came back like the true champion he is where it matters the most – the championship rounds. He connected with a left to the body and clean right hands to the head, and got away before Campbell could counter.

“A lot of people saw the fight a lot closer than it was because in the last couple of rounds, he was a lot more aggressive and came forward a lot more,” Linares said. “When I first started off, I felt very fast. The only thing he had over me was that he was a very technical fighter. He was very tall and had long arms.”

Campbell (17-2, 14 KO’s), 29, who was fighting in the United States for just the second time, had a five-fight winning streak snapped. He hadn’t lost since losing a split decision to current WBC Silver lightweight champion Yvan Mendy in December 2015.

“I got off to a rocky start. He hit me with a nice clean shot in the second round; cut me on the eye, but I wasn’t dazed or anything like that,” Campbell said. “From them on, I had double vision in one eye for the rest of the fight, but from then I felt I outclassed him. I thought I won the fight.”

Although Garcia is a lightweight champion, his most recent fight was a non-title bout in July at 140-pounds against former world champion Adrien Broner. Garcia, 29, won by unanimous decision.