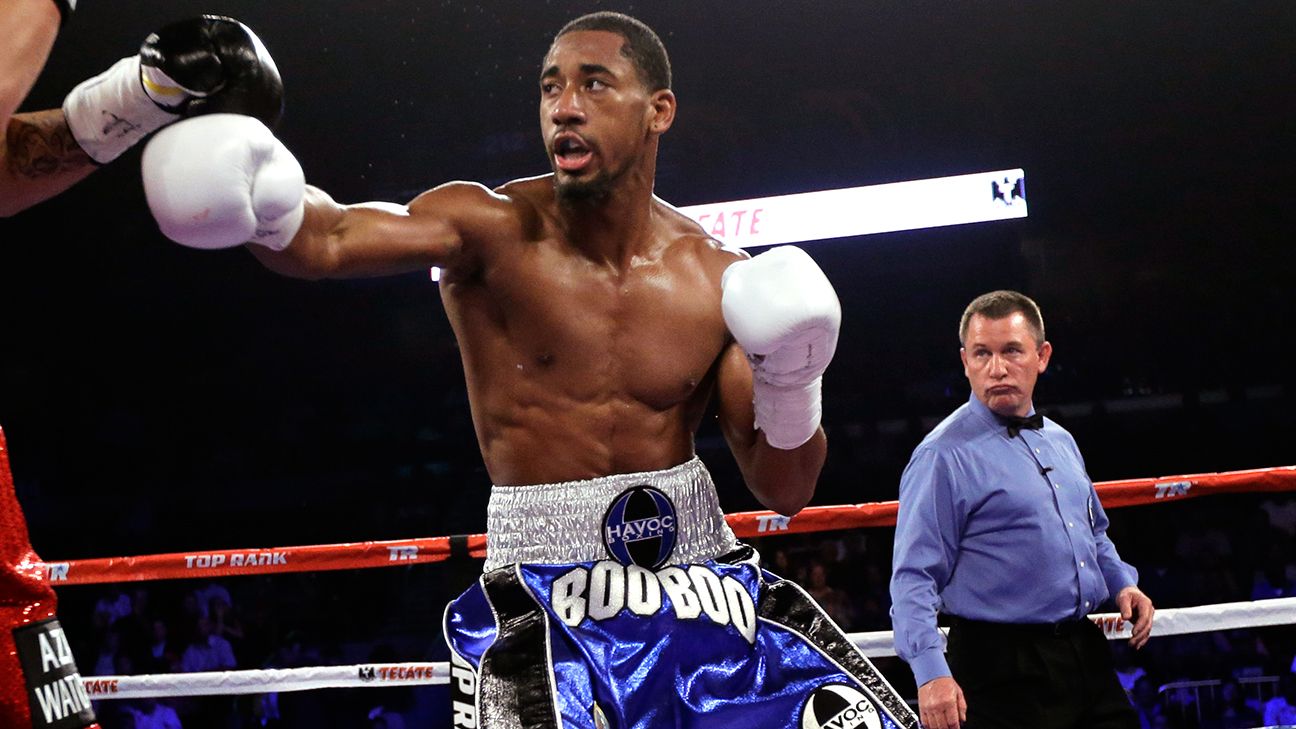 Former junior middleweight world champion Demetrius Andrade will make the jump to the middleweight division in October when he faces Alantez Fox at Turning Stone Resort & Casino in Verona, but he could make another significant move.

Sources with knowledge of the situation reporting on condition of anonymity to FightNights.com say Andrade, 29, of Providence, Rhode Island, is in negotiations to join Top Rank.

Andrade (24-0, 16 KO’s) deserves a meaningful fight. As an amateur, he won the U.S. national championships and Golden Gloves twice each, a gold medal at the 2007 World Championships, and represented the U.S. at the 2008 Olympics in Beijing. And of course, he is undefeated as a professional.

But Andrade is a victim of bad business in boxing. In his first five years of competition, from 2008 to 2012, he had 18 fights. However, Andrade has fought just five times since. Former world champion Paulie Malignaggi, in a previous interview with Fight Hype, blamed his promoters, who he described as “lazy.”

“A lot of people on his team I don’t think do the job right for him and they don’t get his name out there enough,” Malignaggi said. “Demetrius does his job every time he goes out there – and that’s fight, and fight very well – and look spectacular in doing so every time, and he needs a team around him that does the same job and has the same passion for him as he has for his own training and his own fighting.”

Top Rank could be very beneficial for Andrade. For instance, all of his fights would be broadcast on ESPN. The promotional company and the network inked a four-year deal in August. Therefore, he could receive the exposure he has always wanted.

If he joins Top Rank, Andrade would be the third middleweight in the stable, joining the likes of Quilisto Madera, and Ryota Murata.

It is also important to note that Andrade is exclusively promoted by Banner Promotions and Star Boxing. However, that doesn't prevent Andrade from physically being able to negotiate with another team.