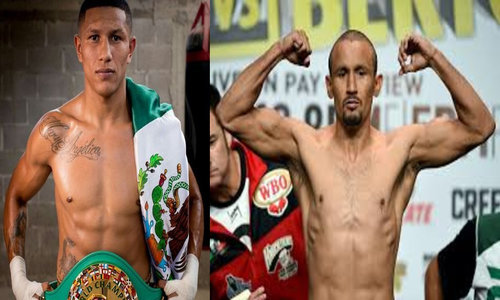 Miguel Berchelt will make the second defense of his WBC super featherweight world title against ex-champion Orlando Salido in December, it was announced at the WBC’s 55th annual convention in Baku, Azerbaijan.

It was initially reported that Berchelt (32-1, 28 KO’s), 25, of Mexico, was taking the rest of the year off due to a hand injury he sustained in his last fight, a one-sided points victory over former champion Takashi Miura in July.

Salido (44-13-4, 31 KO’s) was last seen in the ring in May when he stopped journeyman Aristides Perez inside seven rounds in Mexico after potential bouts with world champions Vasyl Lomachenko, and Gervonta Davis fell through.

It was also announced at the convention that former world champion Francisco Vargas (23-1-2, 17 KO’s), 32, of Mexico, who was knocked out by Berchelt in January, will fight Jhonny Gonzalez (64-10, 54 KO’s), 36, a legendary Mexican world champion who currently holds the WBC Latino super featherweight belt, on the undercard.