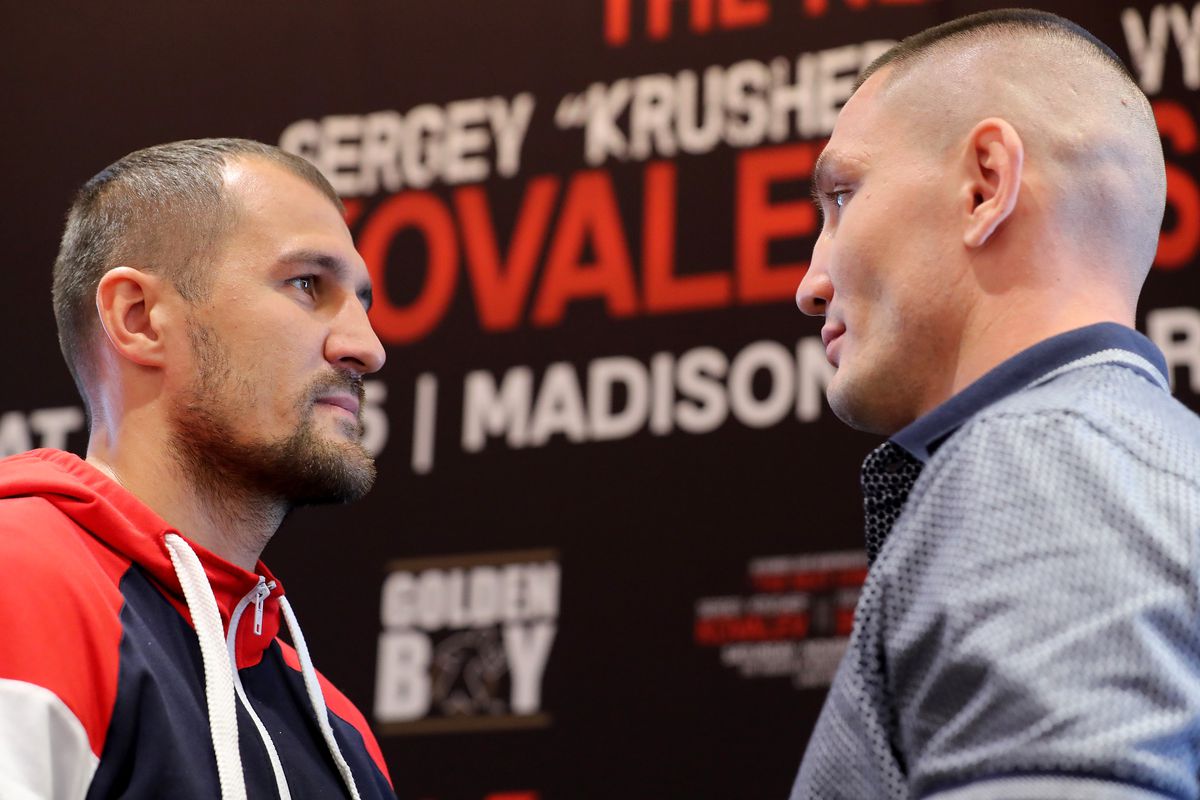 According to ESPN, Andre Ward, who announced his retirement from boxing in September, has vacated the WBO belt, the last of the three belts he held, in a move confirmed by WBO president Paco Valcarcel.

Kovalev (30-2-1, 26 KO’s), 34, originally from Kopeysk, Russia, suffered his first professional defeat to Ward in November 2016 by unanimous decision in a fight that could have gone either way. However, he was knocked out in a June rematch at Mandalay By Hotel & Casino in Las Vegas, though Kovalev and his team complained of apparent low blows.

The WBO has yet to make an official decision on whether Kovalev-Shabranskyy will be sanctioned as an official world title bout.

On the other hand, the WBA is also going through some restructuring. WBA president Gilberto Mendoza told ESPN that they are in the process of changing to get down to one champion per weight class. With “Super” world champion Ward retiring and “Regular” world titleholder Badou Jack vacating, that leaves only “Interim” titlist Dmitry Bivol (11-0, 9 KO’s), 26, a Russian who won a gold medal at the 2013 World Combat Games in the 81 kilogram weight category.

According to Mendoza, Bivol will be elevated to the full titleholder. His next fight against former IBF International light-heavyweight champion Trent Broadhurst (20-1, 13 KO’s), 29, of Australia, on Nov. 4 (HBO) in Monte Carlo will be an optional defense. The winner of the bout will be ordered to face the organization’s leading available contender within 120 days.

Right now, that challenger would be Sullivan Barrera (20-1, 14 KO’s), 35, a Cuban who won the middleweight gold medal at the 2000 AIBA Junior World Championships. He was last seen in the ring in July when he defeated Joe Smith Jr by unanimous decision to claim the WBC International light-heavyweight title.