Saunders vs. Lemieux deal reached for Dec. 16 bout in Canada 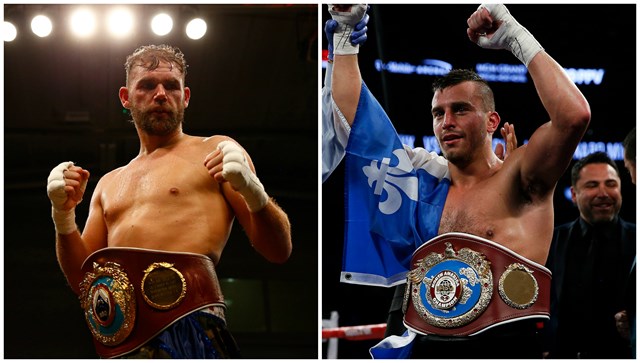 Camille Estephan, of Eye of the Tiger Management, Lemieux’s manager, confirmed to TVA Sports that contracts are signed, and the bout will take place at Place Bell (HBO) in Laval, Canada. A planned purse bid was canceled.

Lemieux (38-3, 33 KO’s), 28, of Montreal, Quebec, Canada, is one of the hardest punchers in the sport. He previously held the IBF world title before losing to Gennady Golovkin in 2015 by eighth-round TKO. However, he has won four consecutive bouts since, including a brutal knockout of former title contender Curtis Stevens in March, and an easy 10-round points victory over Marcos Reyes on the undercard of Canelo Alvarez – Julio Cesar Chavez Jr. in May at T-Mobile Arena in Las Vegas.

For Saunders (25-0, 12 KO’s), 28, of the United Kingdom, it will mark his first fight outside of British soil. He claimed the 160-pound belt by majority decision against Andy Lee in December 2015 and has made two defenses, an unimpressive decision win against Artur Akavov last December, and a unanimous decision victory over Willie Monroe Jr. on Sept. 16.