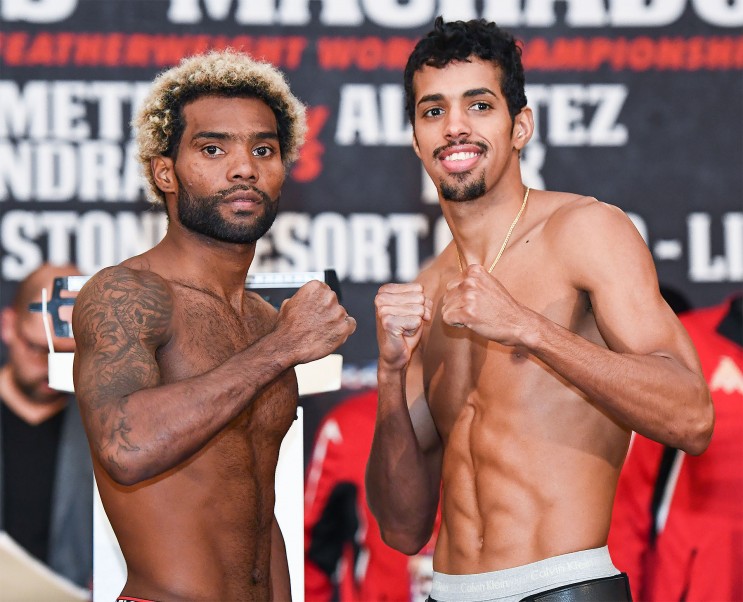 Jezreel Corrales was stripped of his WBA super featherweight world title after he missed weight by more than three pounds on Friday afternoon prior to his showdown against the undefeated Albert Machado.

Corrales (22-1, 8 KO’s) and Machado (18-0, 15 KO’s) will still meet on Saturday in the main event of an HBO “Boxing After Dark” card at the Turning Stone Resort & Casino in Verona, New York, but only Machado will be eligible to win the 130-pound belt. Should Corrales be victorious, the title will remain vacant.

Corrales, who held the “Super” version of the WBA title, initially weighed-in at 134 pounds. After being blessed with a two-hour window to lose the remaining four pounds, he could only get down to 133.25. Machado, though, had no problems. He came in right on the dot at 130 pounds.

The 26-year-old Corrales, of Panama, knocked out Japan’s Takashi Uchiyama in the second-round to claim the WBA title in April 2016. They fought again at the end of the year, and it was much closer, with “El Invisible” escaping with a split decision win. Corrales also defeated journeyman Robinson Castellanos in July by technical decision and was expected to make his third defense against Machado, 27, of Puerto Rico.

It will be a battle of the Marylanders on the co-feature as former junior middleweight world champion and 2008 U.S. Olympian Demetrius Andrade (24-0, 16 KO’s), 29, of Providence, is moving up to middleweight to take on Alantez Fox (23-0-1, 11 KO’s), of Forestville in a scheduled 12-round bout. Both fighters made weight, with Andrade coming in at 159.5 pounds, while Fox was on point at 160.

Andrade recently called out middleweight world champion Gennady Golovkin (37-0-1, 33 KO’s) and hopes to get a fight with him down the line with a win on Saturday.