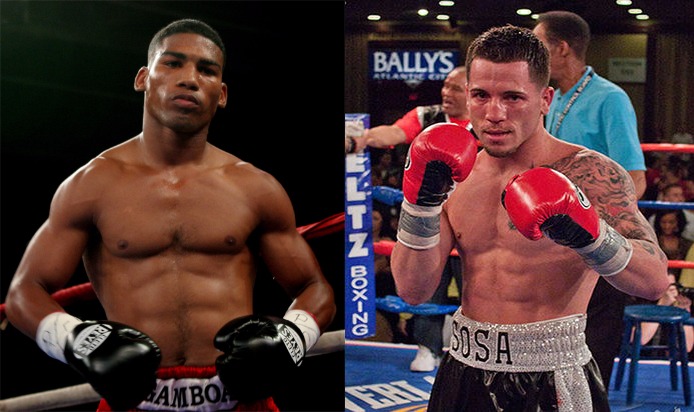 Junior lightweight contender Robinson Castellanos is out with an injury and Yuriorkis Gamboa, a man he knocked out in May, will take his place as the opponent for Jason Sosa on the undercard of Sergey Kovalev vs. Vyacheslav Shabranskyy on Nov. 25 at the Theater at Madison Square Garden in New York.

Castellanos (24-13, 14 KO’s), 35, of Mexico, who lost a super featherweight world title bout in July to former champion Jezreel Corrales by technical decision, was set to face the former titlist Sosa in a 10-round super featherweight affair in the opening bout of the HBO tripleheader (10 pm. ET/PT), but sustained an injury to his back in training.

Castellanos fought Gamboa on May 5 on ESPN in a lightweight contest, dropping the 2004 Cuban Olympic gold medalist twice and forcing him to retire on his stool following the conclusion of the seventh round.

Gamboa (26-2, 17 KO’s), 35, was one of boxing’s hottest stars up until 2011. Unfortunately, a combination of inactivity and bad promotional deals have taken away from his appeal.

Now, the former world champion is just happy to get another opportunity.

“I’m excited for this great opportunity to fight Sosa on the undercard of Kovalev—Shabranskyy,” Gamboa told ESPN. “A win over Sosa on HBO could push me back into title contention. I’m a fighter with many aspects and dimensions, and that’s what I’ll bring in my fight against Sosa. For my last fight, I wasn’t prepared well. This time I will be much [better] prepared, so I can walk away with my hand raised.”

Sosa (20-2-4, 15 KO’s), 29, a Puerto Rico native based in Camden, New Jersey, won the WBA “Regular” super featherweight world title with an 11th-round TKO of the previously undefeated Javier Fortuna and made one defense before vacating the belt to pursue duel Olympic gold medalist Vasyl Lomachenko, who stopped him inside nine rounds in April.

“People think we have an easier opponent in Gamboa since Castellanos beat him, but we're not buying into that,” Sosa said. “Maybe Gamboa didn't take Castellanos seriously. We expect to see the very best Gamboa on Nov. 25. Having said that, this is not about who we are fighting; this is about why. We are fighting to make Puerto Rico proud after what all the people who live there have been through recently [because of the recent hurricane].”